We delved into two differing sources (and views) regarding the economics of poverty (a mishnah in Pe’ah and a mishnah in Eruvin). The Aruch Hashulchan explains that the mishnah in Pe’ah refers to earlier times. We also cited Rav Yitzchak Yaakov Weiss (Responsa Minchat Yitzchak) who discusses this matter in detail and cites the Chatam Sofer who connects the monetary measures set forth by our sages to leket, shikchah, and peah, which we no longer have. The Chatam Sofer connects our charitable giving to the recipients’ most basic needs.

We discussed to whom we should give our charity funds first; gabba’ei tzedakah; and the propriety of giving tzedakah funds to institutions like yeshivot and hospitals. We noted that a person should give charity relative to his means. We also discussed whether one may use one’s charity money for another mitzvah.

We then sought to define the annual amount of tzedakah one must give. The Mechaber, based on the Gemara (Bava Batra 9a), says the minimum is a third of a shekel. The Shach, in the 17th century, says it is one Polish zloty. Perhaps the requirement to give this minimum amount is why many shuls have the minhag of having the gabbai circulate the synagogue, collecting charity. In this manner, everyone is sure to at least give the minimum amount over the course of a year.

We cited from a related article by my uncle HaRav Sholom Klass, zt”l. He was asked, “Until what age is a father to support his children and may he use his charitable donations for their support as well as paying for their Torah education?” He cited the Gemara to the effect that one must support them until age six; if he is wealthy, he must support them after that as well. The Rambam, based on the Gemara, notes that a father who refuses to support them should be shamed into doing so. 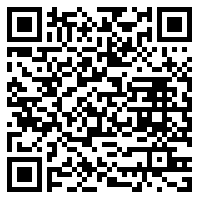