QUESTION: What are the origins and customs of Yom Kippur Katan, lit. “the lesser Yom Kippur?”
Ben Glassman
Brooklyn, NY
ANSWER: In his encyclopedic work Otzar Erchei HaYahadut (p. 219), Rav Yosef Grossman, zt”l, discusses Yom Kippur Katan. He explains that the term is applied to the fast and the special prayers of Erev Rosh Chodesh, the eve of the start of the Jewish month. These prayers are recited at Mincha.The practice of Yom Kippur Katan was instituted by the famed kabbalist R. Moshe Cordovero (5283-5331; 1522-1570 C.E.), who lived in Safed, Israel, before the Arizal, R. Yitzhak Luria, was born. (The Encyclopedia Judaica informs us that his birthplace is unknown, but his name testifies to his Spanish Jewish origins. He was a disciple of R. Yosef Caro and of R. Shlomo Alkabez, and a teacher of R. Yitzhak Luria who is known as Arizal or Ari Hakadosh.)
R. Grossman cites the Shelah, R. Yeshaya b. Avraham Halevi Horowitz (circa. 1565-1630), a rav, kabbalist and communal leader of Poland, Germany, and the Land of Israel, whose title ‘Shelah’ refers to his main work, Shenei Luchot HaBerit. Upon his arrival in the Land of Israel, R. Horowitz developed an affinity for the kabbalistic works of R. Yitzhak Luria, R. Moshe Cordovero, and R. Yosef Caro, the author of the Shulchan Aruch. The Shelah states, “Rosh Chodesh serves as an atonement. (Note: we see it from the text of the Mussaf prayer of Rosh Chodesh, “Zeman kappara lechol toldotam – a time of atonement for all their offspring.” Ta’amei HaMinhagim (434) suggests, in the name of the Beit Yosef, another interpretation of the word ‘toldotam.’ It is explained as referring to the months. The olah sacrifice of Rosh Chodesh serves as an atonement for the toldot, the happenings of the month.) Thus a person should make every effort to repent with a full heart on the eve of Rosh Chodesh, which is similar to Yom Kippur, just as very pious people are accustomed to do.”The Shelah continues: ” …one should correct all sins, whether they were committed with one’s money, one’s body, or one’s soul. And one should make a tearful confession with true regret. He should also abandon his previous evil ways so that when the new month arrives he is like a newly created person.”

We find the Yom Kippur Katan prayer service in Siddur HaShelah (p. 456). At the Mincha service of Erev Rosh Chodesh, we start with Parashat HaTamid and Pitum HaKetoret. We then say two techinot, “Tefilla le’ani” and “Yom Zeh,” and the psalm “La’menatze’ach al hagitit.” This is followed, as on any fast day, by Ashrei and half Kaddish. A Sefer Torah is taken out, we call three aliyot, and we read in Parashat Ki Tissa (Exodus 32:11-14, 34:1-10), “Vayechal Moshe”. The Haftara is from Isaiah (55:6-56:8), “Dirshu Hashem”.

We then say the silent Shemoneh Esreh, and those who are fasting say Anenu in Shema Kolenu. In his repetition the chazzan says Anenu as an additional blessing following “Go’el Yisrael” and before “Rofei Cholei Amo Yisrael.”

Following the Reader’s Repetition we proceed to say the balance of the Yom Kippur Katan service, beginning with “Lechu Ve’nashuvah,” until the end.

This minhag, though not found in the Shulchan Aruch, has halachic implications mentioned by two posekim in their commentaries on the Shulchan Aruch (Orach Chayyim 686) – the Magen Avraham and the Mishna Berura. They specifically discuss the problem of Erev Rosh Chodesh Tevet, which always occurs on Chanukah: some people therefore switch the fast to the eve of Chanukah so as not to fast on Chanukah itself. 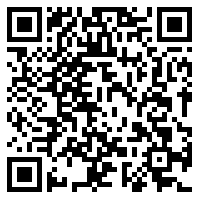