Question: Why do we interrupt sefirah mourning on Lag B’Omer? When a person observes a personal mourning period (for the loss of a loved one), he never takes a “break” no matter what. Why should sefirah be different?

Answer: Lag B’Omer is a yom tov ketzat, a mini festive day on which we should be joyous. The source for this din, explains the Vilna Gaon, is Ta’anit 30b, which states that the Israelities who left Egypt stopped dying, after 40 years of punishment, on the 15th of Av. Indeed, the Gemara states that the 15th of Av was one of the two happiest days of the year during the Temple era.


The Vilna Gaon seems to be saying the following: By designating the 15th of Av as a holiday, the Gemara indicates that the day on which large-scale deaths in the community cease is considered a yom tov of sorts. And since the students of Rabbi Akiva ceased dying on Lag B’Omer, that day should be considered a partial yom tov. 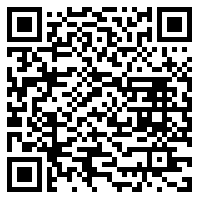