Question: How can one determine whether someone is a true disciple of a rav, Rebbe, or rosh yeshiva?

Answer: HaRav HaGaon Mordechai Gifter, zt”l (Zichron Shem Olam, pp.4,5) related the following incident. The Telshe Yeshiva in Cleveland was about to open a branch in Israel. Since the student body of the new yeshiva was to be comprised of students from America, it was felt necessary to seek the presence of students from Eretz Yisrael in order to incorporate the spirit of the Holy Land and Torat Eretz Yisrael in the new yeshiva. A prominent Israeli rosh yeshiva was therefore requested to send approximately 12 to 15 talmidim to the new Telshe Yeshiva for several months.


The rosh yeshiva responded that although the student body of his yeshiva had over 450 students, all of whom were serious and gifted b’nai Torah, he doubted that he had 12 to 15 talmidim to send.

In other words, a master teacher may have numerous students but very few who can be properly called “talmidim.”

Rav Gifter defined a disciple as one who subordinates his will to that of his rebbe and acknowledges that the view of his rebbe is the true essence of life itself.

A comparable interpretation may be noted in the writings of HaRav HaGaon Chayim Shmulevitz, zt”l, rosh yeshiva of Yeshivat Mir in Jerusalem (Sichot Mussar, 5731, ma’amar 23). The Talmud (Sukkah 28a) reports that Rabbi Eliezer said: “I have never said anything that I did not hear from my rebbe.” This statement seems impossible to accept for it is well known that Rabbi Eliezer made numerous rulings and statements that he never heard from his rebbe.

The meaning of his statement, suggests Rav Chayim, is that he would never rule on a case or postulate a theory unless he first contemplated how his rebbe would have ruled or thought about the matter. If Rabbi Eliezer couldn’t assess how his rebbe would’ve approached the issue, he simply would not offer an opinion.

I remember that my father-in-law, HaRav HaGaon Yaakov Nayman, zt”l, the noted talmid of the Brisker Rav, would think through issues and attempt to discern how his rebbe would have thought about the issue so that he could learn, rule, or act accordingly. In all his Torah and behavior one sensed the presence of his rebbe. He was truly a disciple of his beloved rebbe, the Brisker Rav zt”l. 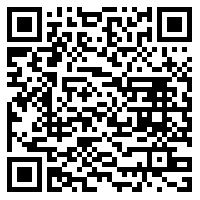