Question: How much time may lapse between Kiddush and the meal?

Answer: The Mechaber (Orach Chayim 273:3) states that “ein kiddush ela b’makom seuda.” Namely, Kiddush must be said at the meal. If one says Kiddush without eating a meal afterwards, one has not fulfilled the mitzvah of Kiddush.

The Mishnah Berurah rules that, l’chat’chila, one should be stringent. Post facto, however, he rules that someone who goes to the bathroom after Kiddush (but before the meal) need not recite Kiddush again. The implication appears to be that other forms of delay are not permitted and Kiddush must be recited again in such cases.

The Aruch HaShulchan (Orach Chayim 273:4) contends that the Rema’s “l’alter” does not mean “immediately.” Rather, it means “without great delay.” He substantiates this position by noting that halacha permits one to recite Kiddush in a hall downstairs and to then eat upstairs on another floor (provided one had in mind to do so when making Kiddush).

A slight delay, therefore, is evidently permitted. Indeed, the Aruch HaShulchan notes that many have the custom to change their clothes for the meal after Kiddush. He concludes by stating that the Torah was not given to angels. The implication is that halacha must consider normal human concerns. 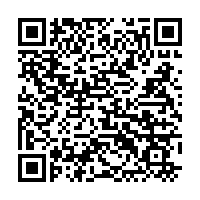