Mr. Klein had bought $40,000 of merchandise from one of his suppliers, Stein Supplies. The invoice was past due, but Mr. Klein kept on pushing off Mr. Stein. “I’m very tight now with cash,” he said, “but I expect business to pick up shortly.”

Mr. Stein waited patiently for a few months. Finally, he said, “I can’t wait any longer. I also have suppliers to pay.”

“That’s an idea, but I don’t need another delivery truck,” said Mr. Stein. “Why don’t you sell the truck and give me the money you get for it?”

“That will be difficult to do,” said Mr. Klein. “People know my situation and will take advantage of me. Besides, I have to leave the country soon and won’t be able to sell it in time. I think the best option is for me to give you my truck.”

The two men came before Rabbi Dayan. After hearing both sides, he said, “A borrower is required to repay with money if he has money. If he doesn’t, the Gemara [Kesuvos 86a] says he can pay with real estate or movable items. He is not required to sell them to raise cash.” [Choshen Mishpat 101:1-2]

“The Sma [101:1] explains that the lender was aware that the borrower might not have money to pay and therefore relied on his other assets, particularly real estate, when making the loan.”

“The lender, however, can elect not to accept the other assets and wait until the borrower has money,” added Rabbi Dayan. “Furthermore, if the lender explicitly stipulated that the payment must be made with money, the stipulation is binding.” [Choshen Mishpat 101:4; Sma 101:10]

“Do these rules apply to all debts?” asked Mr. Stein.

“Tosfos writes that when it comes to wages, an employer is required to sell assets to pay with money,” Rabbi Dayan replied. “He must do so because employees rely on wages for their household expenses, and the implicit agreement between the two was that the wages would be paid with money.” [Shach 336:4; Pischei Choshen, Sechirus 9:1]

“The Ritva maintains that a buyer making a purchase must also pay with money,” continued Rabbi Dayan. “Here, too, this arrangement is implicit in the agreement. The buyer cannot require the seller to accept other goods for the merchandise.” [Choshen Mishpat 101:6]

“Some disagree and compare a buyer to a borrower,” Rabbi Dayan added. “However, the Aruch HaShulchan rules like the Ritva that the buyer must raise cash to pay with money as per common commercial practice.” [Darchei Moshe 101:2; Taz 101:6; Aruch HaShulchan 101:3]

“Thus,” concluded Rabbi Dayan, “Mr. Klein must pay with money, and it is his responsibility to sell the truck to raise cash.” 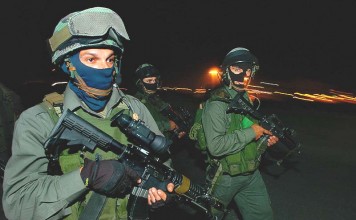 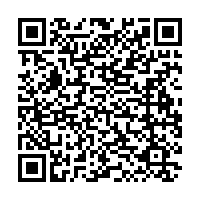