In recent years, there has been a flurry of halachic discussion on whether pregnant and nursing women should be permitted – or even encouraged – to drink small amounts of water on Yom Kippur to avoid endangering their lives or the lives of their fetus. Let us first review the laws of one who is sick on Yom Kippur and then examine the status of pregnant and nursing women.

The Gemara (Yoma 76b) explains that although these measurements will not satiate a person, they will still their hunger and thirst, at which point they are no longer considered to be in a state of “affliction.”

Furthermore, in order be culpable, one must consume the food within the amount of time it takes to eat half of a loaf of bread (b’kedei akhilas peras). The Achronim differ as to whether “kedei akhilas peras” is the equivalent of nine minutes, eight minutes, between six and seven minutes, four, three, or even two minutes.

Regarding drinking, the Shulchan Aruch cites two opinions regarding whether the time frame for drinking is identical to that of eating – that is, kedei achilas peras – or much shorter, kedei shetiyas revi’is, which is the amount of time it takes to drink a revi’is (roughly four ounces) of liquid. It is customary to accept the stricter view, equating eating and drinking.

While it is still biblically prohibited to eat or drink less than these amounts (chatzi shiur), there is no punishment for doing so and, as we will see, there may be significant, practical ramifications regarding these measurements.

The Sick on Yom Kippur

In general, saving a life sets aside all prohibitions, as the Tosefta teaches, “Nothing stands in the way of saving one’s life (pikuach nefesh)” (Shabbos 9:22). Therefore, the Talmud explicitly permits one who is dangerously ill to eat and drink on Yom Kippur (Yoma 82a).

Although danger to life sets aside the prohibitions of Yom Kippur, the Gemara (Kerisus 13a) states that a person whose life is in danger should preferably eat “less than a shiur.” Therefore, a person who is ill (choleh sheyesh bo sakana) should eat less than the volume of a date (kakoseves) and drink less than a cheek-full in the time it takes to consume half of a loaf of bread.

In practice, one who is ill and must eat on Yom Kippur should eat approximately 1 fl. oz. (30 ml) – approximately the size of a small box of matches – and drink slightly less than a cheek-full of liquid every nine minutes. If necessary, one may eat/drink every six minutes, or every four or two minutes, depending on the severity of one’s condition.

A person whose health may be endangered if he does not eat or drink – e.g., someone with a heart or kidney disease – must also break his fast and, if possible, eat or drink b’shiurim.

A “choleh she’ein bo sakana” – a sick person whose life is not in danger but who must continue to take medication, such as antibiotics, or one who suffers from a chronic condition but is not presently sick and therefore must fast – should try to swallow his medicines without water. Some suggest that a person who is unable to swallow medicines without water should mix a bit of water with a bitter substance, such as a drop of soap, chamomile, or mouthwash, and take medicine with that water.

R. Moshe Feinstein (Igros Moshe, Orach Chayim 3:91) permits a person who must take medicine to prevent the development of a serious medical condition, and certainly someone who suffers from a potentially life-threatening situation, to swallow his pills with a bit of water.

The Talmud (Pesachim 54b; Shulchan Aruch, Orach Chayim, 617:1) states that pregnant and nursing women must complete their fast.

The Gemara (Yoma 82b; Shulchan Aruch ibid. 2) does indicate that if a pregnant woman is sick, she must eat/drink to preserve the life of her unborn child. Indeed, a pregnant woman who begins labor, who is in a “high-risk” pregnancy, who has a history of miscarriage, or who has another medical condition which may affect her pregnancy should eat/drink based counsel of a doctor and the ruling of a rabbi educated in these matters.

However, a woman in a normal, healthy pregnancy is instructed to rest, stay home from shul if necessary, and complete her fast. Of course, her husband must also do everything possible to ensure that his wife can rest, including taking care of his children and, if necessary, praying at home.

A number of modern halachic authorities, however, have challenged this practice. As we shall see, some fear for the unborn child while others are concerns about the health of the woman.

For example, R. Yisrael Yaakov Fischer (1928-2003), a prominent posek and av beis din of the Edah HaChareidis, ruled that nowadays pregnant women should eat and drink b’shiurim even without asking a doctor. He writes: “Nowadays, our generation is weaker, and tens of women have miscarried due to the fast. All pregnant women, until the ninth month, should eat on Yom Kippur b’shiurim” (approbation to Penei Baruch and Even Yisrael 7:36:4).

Other poskim of the Edah HaChereidis – including R. Moshe Halberstam, R. Meir Bransdorfer, as well as R. Yaakov Epstein (Chevel Nachaloso 9:16) – concur. More recently, R. Nahum Eliezer Rabinovitch, a prominent Religious Zionist posek and head of Yeshivat Birkat Moshe, has ruled that from the fifth month onwards, due to the significant chances of induced labor and even miscarriage, a woman should drink b’shiurim )Techumin 17).

While there may be insufficient evidence that fasting affects an unborn child, it has long been assumed that fasting induces labor and that many women give birth on or immediately after Yom Kippur due to the fast. Indeed, in 2014, the Soroka Medical Center (Beer Sheva) published a study on the impact of fasting on pregnancy, claiming that fasting doubles one’s risk of preterm (i.e., before the 37th week) delivery.

R. Dr. Mordechai Halperin (Halacha, Refu’a Ufikuach Nefesh, ch. 5) also rejects R. Fischer’s blanket leniency; however, he insists that during the ninth month, a woman should drink b’shiurim. He writes that since a fasting woman loses 2-3 liter of water and during birth she will lose close to another liter of blood, giving birth while fasting poses a potentially life-threatening situation for the mother.

Nursing women often express concern that due to the fast, they will be unable to produce enough milk for their child. Indeed, the Devar Shmuel (107) rules that if the mother’s inability to produce enough milk may endanger, or cause discomfort to, the child, the mother may drink. Therefore, poskim such as R. Avigdor Nebenzhal and R. Rabinovitch (ibid.) rule that nursing women may drink b’shiurim if they fear their milk supply may diminish.

R. Halperin (ibid.) is also inclined to permit a nursing woman to drink b’shiurim if she is concerned about her ability to nurse throughout the fast. Furthermore, both poskim argue that there is no need to encourage the child to drink formula to prevent the mother from drinking. This view is often attributed to the Chazon Ish as well.

Many poskim, though, reject this position and argue that unless the mother shows signs of dehydration of inability to nurse, there is no justification for drinking, even b’shiurim, on Yom Kippur (Har Tzvi 1:210:1).

The Yom Kippur fast is suspended when there is a concern for the health of a pregnant woman, her unborn child, or a child sustained by breastfeeding. In recent years, modern poskim have debated whether, due to new medical information, there is justification to permit drinking b’shiurim even without an urgent medical need.

While this article simply presents the different halachic approaches, a pregnant or nursing woman should obviously seek medical advice from a doctor and halachic guidance from her posek before the fast. 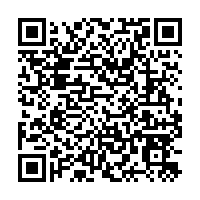