The Blooms were celebrating the bar mitzvah of their son, Nosson, in the shul where Rabbi Dayan davened. A guest, Mr. Victor, came over to Rabbi Dayan on Friday night, after davening. “I brought a gift for the bar mitzvah boy,” he said. “It’s not muktzeh and the eruv is up. Can I bring it with me tomorrow morning and give it him at the Shabbos meal?”

“You shouldn’t do it,” Rabbi Dayan replied. “The poskim say to refrain from giving gifts on Shabbos. I need to hurry home, since guests are waiting, but I’ll explain more tomorrow, b’ezras Hashem.”


The following morning, after leining, the shul rabbi delivered an enthusiastic sermon, in which he praised the bar mitzvah boy based on insights from the parsha. At the end of the sermon, the rabbi called Nosson to the pulpit. “In the name of the shul, I would like to present you with this sefer,” he said.

Mr. Victor turned towards Rabbi Dayan with a questioning look. After davening, he approached him and said, “Excuse me for asking, but I thought you said giving gifts on Shabbos is prohibited. If so, how could the rabbi give the bar mitzvah boy a sefer as a gift?”

“Chazal prohibited transactions on Shabbos and Yom Tov, even if it doesn’t involve melacha, lest a person come to write,” replied Rabbi Dayan. “According to most authorities, this prohibition includes giving gifts. Therefore, the Magen Avraham questions the practice of giving gifts to a chassan on his aufruf Shabbos.” [Mishnah Berurah 306:32]

“Nonetheless, the Sages permitted giving gifts for the purpose of a mitzvah,” he continued. “For example, you can give someone a lulav and esrog on the first day of Sukkos. Similarly, they allowed transactions for the purpose of Shabbos. For example, you can procure food items that will be used on Shabbos although there are limits on how one pays and what language one uses so that it not be a commercial transaction.” [Orach Chayim 323:4]

“Does anyone justify giving gifts to a chasan?” asked Mr. Victor.

“Some dispute the premise that giving gifts is part of the prohibition of doing transactions on Shabbos and Yom Tov,” replied Rabbi Dayan. “Others consider giving joy to a chassan a mitzvah.” [See Pischei Teshuva, Even HaEzer 45:1; Yechaveh Da’as 3:21]

“According to the main view that it’s prohibited, is there anything that can be done?” asked Mr. Victor.

“One possibility is to grant the gift to another before Shabbos on behalf of the bar mitzvah boy based on the principle of zachin l’adam shelo b’fanav (one can acquire for another in his absence),” replied Rabbi Dayan. “This can be done even if the boy won’t be bar mitzvah until Shabbos. Alternatively, the boy, when he receives the sefer, can intend not to acquire the item until after Shabbos. [Choshen Mishpat 243:18; Rema, Choshen Mishpat 245:10; Yehuda Ya’aleh, Orach Chayim #45]

“In truth, giving a sefer is less problematic,” added Rabbi Dayan. “The bar mitzvah boy is encouraged to browse through the sefer he receives, so it will be used on Shabbos. Additionally, celebrating the occasion with a sefer endears Torah to the bar mitzvah boy, so there is a mitzvah aspect here.” [Sereidei Eish, Orach Chayim #83; Piskei Teshuvos 306:22]

“Thus, there is basis for the practice of giving a bar mitzvah boy a sefer on Shabbos,” concluded Rabbi Dayan. “It is certainly permissible if the sefer was acquired on his behalf by another before Shabbos, if the boy will use the gift on Shabbos, or if he intends not to acquire it until after Shabbos.” [Shemiras Shabbos K’hilchasa 29:31] 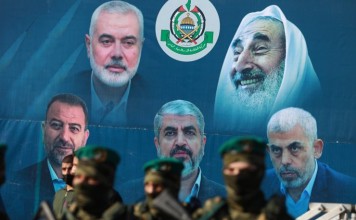