Rama: The reason for this is because denying the existence of the loan implies an admission that the loan was not repaid. A person’s admission is more credible than the testimony of one hundred witnesses. As for the debtor’s statement that he never borrowed money from the plaintiff, it has been undermined by the two witnesses who testified that he did.


Judgment will be entered for the lender without the need of him having to take an oath because by denying the existence of a loan later confirmed by two witnesses, the borrower assumes the status of a liar. If after paying the debt in accordance with the judgment rendered against him, the borrower sues the lender for recovery of the money, insisting that he has now paid twice, once as testified by the witnesses and a second time in compliance with the judgment, the recovery claim will be dismissed without the lender having to the Shevuat Heiset oath of denial.

Ner Eyal: In the second case mentioned by the Mechaber, the debtor, against whom judgment has now been entered in accordance with the ruling of the Mechaber in the first four lines of this Sai’f, repays the loan in compliance with the judgment. Then he sues the lender for recovery of the money he just paid. He argues that the two witnesses, who testified that he borrowed the money, also testified that he had already repaid the money. He further argues that he now has been forced, by the judgment against him, to pay a second time.

In this second case too, judgment will be rendered against the debtor without the need for the plaintiff to take an oath. This is because, by denying he ever borrowed money in the first place, the defendant has impliedly admitted he did not repay it. He is caught out by his own implied admission that he did not repay the loan. This implied admission is stronger than the express testimony of the witnesses that he did repay the loan.

All of the foregoing applies only when the defendant denied the existence of the loan in court. If, however, he denied the existence of the loan outside court, even if witnesses testify in court that he did borrow the money, his denial outside court is not held against him. He does not assume the status of a liar. This is because a statement made by a defendant outside court is not admissible against him in court. People will say misleading things outside court to confuse their adversary until they put forward their definitive version in court.

In order to be admissible, the statement of the witnesses referred to above –that the defendant did indeed borrow money from the plaintiff despite his denial in court – need not necessarily be made before the same court trying the same case. The statement is equally acceptable if it was made by the witnesses in the context of another litigation. For example, let us assume the defendant had been sued by a bank for defaulting on a loan. The bank claimed the defendant breached a clause in the bank loan. That clause provided that the borrower would be deemed to be in default of the bank loan, if he defaults on any other loan. Two witnesses come to court and testify for the bank that the defendant not only borrowed money from the bank but also borrowed money from Reuven. This testimony, given by the witnesses in the separate bank litigation against the defendant, can also be used against the same defendant in a different court adjudicating Reuven’s claim against him for recovery of Reuven’s loan. 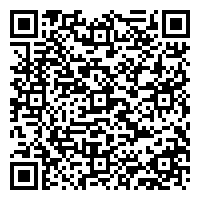