Ner Eyal: The statement that a defendant whose denial of a claim was contradicted by witnesses, is considered a liar and must pay the amount claimed seems superfluous. The Mechaber has already said this in Se’if 4. Accordingly, this se’if must be dealing with another situation. It is dealing with the case of a defendant who had judgment entered against him because, like the defendant in our se’if, he made a statement that was subsequently contradicted by witnesses. After this judgment was entered against him, the defendant left the court house without paying the plaintiff. The plaintiff, therefore, sued the defendant for payment of the judgment amount. The defendant responded that he has already repaid it. Unless the defendant brings witnesses to prove that he already repaid the judgment amount, he will not be believed, because the court considers him a liar with respect to this money.

Even though there is a rule that a plaintiff who wishes to collect a debt from a defendant suffering from the general reputation of a liar cannot do so without taking an oath, the plaintiff in this case may collect the judgment amount without having to take an oath. This is because there is a difference between a defendant with a general reputation of a liar, on the one hand, and a person who was caught in a lie in the specific case before the court, on the other hand.

The defendant whose statement in court has been contradicted by witnesses is only considered a liar, however, with respect to the specific money that the witnesses said he borrowed and which he denied borrowing. He is not considered a liar with respect to other monies. He does not assume the category of a chashud al ha’shevuah, a person who can never be trusted to tell the truth. Although he loses his credibility in the case now before the court, he does not lose his credibility generally. His motive for lying in this particular case may simply be to play for time until cash flow permits him to repay the debt. But he has not done the things that would render him a chashud al ha’shevuah. He has not, for example, demonstrated a willful intent to swear falsely or an indifference to the consequences of doing so; he has not been involved in a flagrant violation of Torah or Rabbinic laws; and he is not engaged in a shady profession.

The Shach goes as far to say that even if, in the same case before the court, the defendant denied owing 100 dinarim and witnesses contradicted him and testified that he owed 50 dinarim, he is not considered a liar with respect to the 50 dinarim about which the witnesses did not testify. He may take the modeh bemiktzat oath of partial denial and judgment will be entered in his favor with respect to these remaining 50 dinarim.

Although a litigant whose statement in court is subsequently contradicted by witnesses loses his credibility only in the specific case before the court, but not in general, the Sma adds that there is a situation where a litigant who was considered a liar in a previous litigation will suffer negative consequences in a subsequent, unrelated litigation. The situation that the Sma refers to is one involving a shtar amanah.

Who Tweeted: ‘Our election was hijacked. There is no question. Congress has a duty to #ProtectOurDemocracy & #FollowTheFacts’? 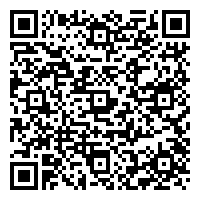