The year of the Jew revolves around the moon’s monthly renewal and it is the Jewish people through beis din who proclaim the new month – kiddush hachodesh – which in turn determines the dates of the festivals. Today, we use a calendar that tells us in advance when the new moon will appear. However, in the time of the Gemara, before Hillel developed this calendar, rosh chodesh was declared by beis din based on the testimony of two witnesses who sighted the new moon. Beis din would interrogate the witnesses to ensure that their testimony was legitimate, and then announce: “Mekudash! – The new month is sanctified!” That day would then be declared as rosh chodesh.


In order to understand this process, we present here some basic background on the subject. The lunar month is calculated to roughly parallel the orbit of the moon around the earth. The moon makes one complete circuit every 29.5 days. However, we cannot declare rosh chodesh in the middle of the day. Therefore, we must alternate between 29- and 30-day months.

The Waxing and Waning of the Moon

The Development of the Calendar

Until the days of the Amora Hillel (a descendant of R’ Yehuda HaNassi, not to be confused with Hillel the Elder, founder of Beis Hillel), the new month was inaugurated based on the testimony of witnesses who spotted the new moon as it emerged from its position between the sun and Earth. However, when the Jewish people were plagued with a series of terrible calamities, and there was no longer a beis din authorized to sanctify the new moon, Hillel developed a calendar by which the new months could be calculated until Moshiach’s arrival. May he arrive soon. 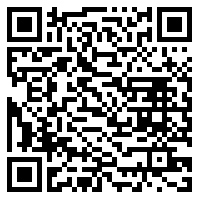