The Rosh (ad loc.) asks why Hashem’s mercy is necessary before one sins. He answers that even though Hashem knows the future and is aware of a person’s future sins, He only judges an individual according to his current state, and He does not take future sins into consideration.

Alternatively, the Rosh suggests that this mercy is necessary if one commits the sin of avodah zarah. The Gemara (Kiddushin 29b) says that one is punished not only for the act of avodah zarah but for the sinful intent as well. (Regarding other sins, one is not punished for the intent.) The Rosh explains that despite this rule, Hashem does not mete out punishment for one’s intent to worship avodah zarah until one actually commits the sin (at which point one incurs punishment for both the act and the intent). If a person doesn’t act on his sinful intent, Hashem has mercy and does not punish him for the intent.

The Orchas Chayim explains that Hashem’s mercy on a person prior to sinning manifests itself in the fact that Hashem provides a person with a natural tendency to follow the path of mitzvos and virtue rather than sin.

Nurturing All His Creations

The OhrHaChayim (Shemos 34:6) explains that Hashem’s mercy before one sins is required for one who lacks mitzovs. Hashem has mercy on such a person and allows him to exist even though he lacks zechusim. Rabbenu Chananel (ad loc.) similarly notes that Hashem inscribes man for life irrespective of future sin. 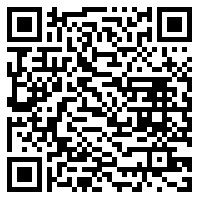