Since there was an abundance of kohanim who wished to perform the various tasks in the Beis Hamikdash, the decision of who performed what was decided by means of a lottery. The mishnah on our daf relates that the task of offering the ketores was different. That task was always assigned to a new kohen who had never done it before.


A Source Of Wealth

The Gemara (Yoma 26a) explains that the Torah juxtaposes the verse (Devarim 33:11) containing the words “yasimu ketorah b’apecha – they shall place incense before Your presence” to the verse (Devarim 33:12) containing the words “barech Hashem cheilo – Hashem, bless his possessions” to teach us that the person offering the ketores receives a special blessing of wealth. Therefore, this task was always given to new kohanim so that every kohen would have a chance of performing it at least once and gain this blessing of wealth.

There are several midrashic sources (Bereishis Rabbah 47:17; Zohar, end of Lech Lecha 94:2) which liken a sandek to a kohen offering ketores. Based on these comparisons, Rabbeinu Peretz (cited by the Rema, Yoreh De’ah 265:11 in the name of Maharil) states that a sandek should only serve in that capacity once. Some people interpret Rabbeinu Peretz as saying that a father should not appoint a person as sandek for more than one of his children. Others, however, read Rabbeinu Peretz as saying that a person should not accept the honor of being sandek more than once.

The Noda BeYehuda (Yoreh De’ah, Responsum 86) notes that we do not seem to follow Rabbeinu Peretz’s position since many communities honor the rabbi as sandek at every single bris. The Chasam Sofer (Orach Chayim 158), however, explains that this minhag does not contradict Rabbenu Peretz’s position since a rabbi is different. He likens a rabbi to the kohen gadol who was given first choice in offering korbanos. Just like a kohen gadol had the right to offer ketores repeatedly, so too does a rabbi have the right to serve as sandek repeatedly.

Where Is The Wealth?

The Vilna Gaon (Yoreh De’ah 265:46) asks why a sandek does not always become wealthy in light of the Gemara’s drashah. The Chasam Sofer explains that every sandek is blessed with wealth, but many of them forfeit this blessing by committing other sins. In a sense, then, they are lucky since instead of suffering punishment – such as sickness, poverty, or even death – they simply do not receive a blessing that they otherwise would’ve gotten. 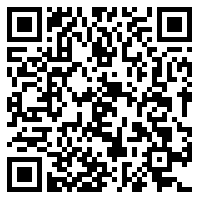