Our daf discusses a dispute between R. Meir and R. Yehuda regarding the month of Adar. When “Adar” is stated without any additional specification, does the word refer to Adar I or Adar II? R. Meir views Adar II as the “real” Adar and Adar I as an “added month.” R. Yehuda maintains the exact opposite.

The Ran, Rosh (ad loc.), Ra’avad (to Rambam, Hilchos Nedarim 10:6), and Rema (Orach Chayim 427:1) rule in accordance with R. Yehuda that when one is not specific, “Adar” refers to Adar I with regard to dating documents. The Magen Avraham (O.C. 427:27) comments that according to this view the chazzan need not specify “Adar I” when blessing the month of Adar I in shul; he must, however, specify “Adar II” when blessing the second Adar.

The Rambam (Hilchos Nedarim 10:6) disagrees with the above-cited Rishonim and rules, in accordance with R. Meir, that “Adar” refers to Adar II. This also seems to be the opinion of Tosafos (Nedarim 63b s.v. “Vehatanya”), who cite two proofs that Adar II is “the real Adar,” so to speak: 1) Adar II has 29 days, which is the same length of Adar during non-leap years, whereas Adar I has 30 days; 2) the festival of Purim is observed in Adar II.

The Shulchan Aruch (Yoreh De’ah 320:8, Hilchos Nedarim) cites both views without taking sides. However, in regards to dating gittin in the month of Adar, he advises (Even HaEzer 126:6) always specifying which Adar is intended so as to satisfy both opinions. The Magen Avraham concludes, accordingly, that when blessing Adar, the chazzan should always specify which Adar is intended.

A Bar Mitzvah In A Leap Year

The Mahari Mintz (Responsum 15, as cited by the Rema, O.C. 55:10) rules – based on the logic of Tosafos – that if a boy was born in the month of Adar, and the 13th year of his life is a leap year, he is not halachically recognized as an adult until Adar II, since Adar II is the “real” Adar.

Now Turn That Around

Other authorities (such as the Birkas Kohen [commenting on Arachin 31b]) disagree and argue that he should celebrate his bar mitzvah on the first of Nissan. The ‘Older’ Is ‘Younger’

The Shulchan Aruch (Orach Chayyim 427:1) cites the following intriguing halacha with regard to a bar mitzvah in the month of Adar (based on Arachin 31b). If Reuven was born in a leap year on the 29th day of Adar I and his friend Shimon was born two days later on the first day of Adar II, Shimon reaches his 13th birthday (and becomes bar mitzvah) four weeks before Reuven (if the year of their bar mitzvah is a non-leap year). Shimon, who was born on the first of Adar II, becomes bar mitzvah on Rosh Chodesh Adar whereas Reuven, who was born before Shimon, does not become bar mitzvah until the 29th of Adar. 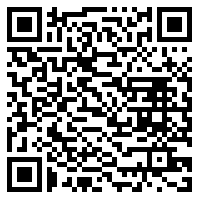