A Distressful Situation
‘No Lashes Are Administered’
(Nazir 23a)

Our daf states that a female nazir who drinks wine or becomes ritually defiled receives 40 lashes. However, if her husband had annulled her nazirite vow (without her knowledge), she doesn’t receive lashes. R. Yehuda, though, maintains that she receives rabbinic lashes. The Gemara also cites a baraisa indicating that she requires atonement and forgiveness for intending to sin.

How Much Is A Mitzvah Worth?

This woman thought she was doing an aveirah but in fact did not because her husband had annulled her vow. The Gemara elsewhere (Bava Kamma 91b) discusses a man who tried to do a mitzvah – the mitzvah of covering up the blood of a slaughtered animal – but at the last second was preempted by another person. The Gemara relates that Rabban Gamaliel obligated the second person to pay the first one 10 zehuvim (gold coins).

Was this payment compensation or a fine? Rishonim disagree (see Bava Kamma 32b, Rif ad loc. and Rosh; Responsa Rivash 506; and Shitah Mekubbetzes in the name of Rabbi Yonathan).

This question is not merely theoretical. There are ramifications. If it is a fine, then a person who preempts a mitzvah unintentionally would be exempt from paying (since fines are only levied on intentional sinners). If it is compensation, then he must pay regardless.

Another ramification: There is a principle that “someone who confesses is exempt from a paying a fine.” Thus, if the payment for “stealing” a mitzvah from someone is a fine, and he confesses his deed in court before the fine is imposed, he is exempt from payment. If it is compensation, a confession cannot exempt him (see Shitah Mekubbetzes, Bava Kamma ibid., in the name of Mahari Lunel; see also Ketzos HaChoshen 388:11 – Rishonim disagree regarding a confession helping for rabbinic fines).

Preventing The Performance Of A Mitzvah

The Kesav Sofer mentions another interesting ramification (Responsa Kesav Sofer, Choshen Mishpat 25). What if someone prevents his fellow from performing a mitzvah and then does not perform the mitzvah himself? If the payment is compensation, then he must pay (since he harmed him). If it is a fine, then he does not since the fine is only for snatching away a mitzvah, not for the sinful act of preventing one’s fellow from performing a mitzvah.

How Much Should Be Paid?

The Gemara (Bava Kamma 91b, see above) relates that Rabban Gamaliel obligated the person who “snatched” the mitzvah to pay 10 zehuvim. Some poskim maintain that this amount was case-specific. Others argue that the amount is always 10 zehuvim. These two opinions are mentioned by the Rambam (Hilchos Chovel Umazik 7:13; see Shulchan Aruch, Choshen Mishpat 382:1).

The Maggid Mishneh and Shach (ibid.) state that those who believe the payment to be compensation also maintain that the sum is always 10 zehuvim since they interpret Rabban Gamaliel’s decision as setting the price of a mitzvah. Those who believe the payment to be a fine, though, argue that the amount is dependent on whom the mitzvah was stolen from. Beis din will impose a fine it thinks proper based on the character of the person (does he usually pursue mitzvos?).

Rabbi Isser Zalman Meltzer contends the exact opposite (Even HaEzel ibid.). He argues that if the payment is compensation, there is no fixed price of 10 zehuvim and we must determine how much the mitzvah is worth to the offended person – that is, how much he would be willing to accept in order to relinquish it. If it is a fine, though, it is a fixed amount (10 zehuvim) as are all fines. (The Rambam asserts [op. cit. 3:8] that any fixed payment is considered a fine.) 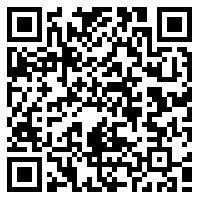