We learn in our sugya that although a kohen and a nazir may not become ritually impure through contact with the dead, they may do so in order to bury a meis mitzvah. This rule applies only to burying an entire body, or a head together with most of its body, or a skull and spine. A kohen and a nazir may not, however, become impure to bury severed limbs. However, if they have already become impure to bury most of a body, and they then found other limbs, they must bury these limbs as well (Shulchan Aruch, Y.D. 374:2).

About 30 years ago, hospitals in Israel performed autopsies on almost all patients who died under their care, ignoring the protests of surviving family members. According to Jewish law, unnecessary autopsies are forbidden, since they are considered a disgrace to the deceased. Rav Moshe Feinstein, zt”l, was consulted regarding many halachic issues that arose as a result of this practice.

Often the hospitals removed internal organs, which were then misplaced during the course of the examination. The bodies of the deceased were returned, stripped of their internal organs. The bereaved families raised a question concerning the halacha (Y.D. 357:1) that a funeral may be postponed if necessary for the honor of the deceased (to give people a chance to attend the funeral). May a funeral be postponed, they asked, if portions of the body are missing? Perhaps a body with missing internal organs is no longer considered a corpse but rather a collection of limbs, which must be buried immediately. The same question was recently asked regarding those murdered in the 9-11 World Trade Center bombing.

Rabbi Feinstein began his examination of this question by looking at our sugya, where we learn that a corpse has the status of a meis mitzvah only if the head and majority of the body, or the skull and spine, remain. Perhaps the same rule applies regarding the postponement of funerals. Perhaps they may only be postponed (to honor the deceased) if the head and most of the body (or the skull and spine) are extant. R’ Moshe concludes, however, that if even one limb of the body is extant, one may postpone the funeral for it. If this is all that is available to be buried, its burial is considered a proper funeral.

Using a Body to Protest

Rabbi Feinstein was also asked if an autopsied body can be brought to a protest demonstration to awaken public sentiment, and perhaps force hospitals to cease this gruesome practice. Although such a demonstration does not honor this particular deceased person, if it is deemed necessary for the honor of dead people in general, R’ Moshe permitted it. 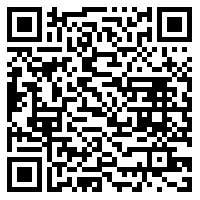