A Matter Of Health
‘He Who Rounds The Corners…’
(Nazir 57b)

The Gemara discusses the extent of the prohibition to shave one’s pe’os which is derived from the words, “and do not round the corners of your head” (Leviticus 19:27).

Who Is The Barber?

To prove his assertion, R. Ada bar Ahava notes that it was commonplace in his times to shave children’s pe’os. Rashi (Nazir 57b, s.v. “Amar lei R. Ada b. Ahava…”) explains that this was done for health reasons.

Poskim (Rabbi Akiva Eger, Yoreh De’ah 181; She’ar Hamelech [Hilchos Avodas Kochavim, chapter 12]; Responsa Beis Ephraim, Yoreh De’ah 62; and Beis HaLevi, Vol. 1:15) find difficulty with R. Huna’s view in light of the Gemara (Yevamos 114a) which states that even if one is not obligated to restrain a young child from eating non-kosher food, it is forbidden to actively feed a child non-kosher food or to directly cause him to violate other prohibitions.

Accordingly, it is difficult to understand why R. Huna permitted his wife to shave the children’s pe’os. Even if the prohibition does not apply to a makif who shaves a child (and does not apply to women at all), it should be forbidden for an adult to cause a child to violate the issur of having his pe’os shorn.

The Beis Ephraim (Yoreh De’ah vol. 1:15) explains that shaving a minor is not akin to causing him to eat non-kosher food since the minor who takes a haircut sits passively and does not actively perform an issur. However, an adult – though he too sits passively – violates a prohibition when he allows his pe’os to be shorn by virtue of his consent. A minor cannot possibly violate this issur because he lacks the required mental competence; therefore his “passive” consent has no legal significance.

Alternatively, the Bais HaLevi (vol. 1:15) explains that R. Huna permitted his wife to shave the children’s pe’os only because it was necessary for health reasons, as Rashi indicates. Since, according to many opinions, the prohibition to feed a child non-kosher food or to cause him to violate the law of rounding one’s pe’os are both of rabbinic origin, the prohibition is suspended when the child’s health is at stake. 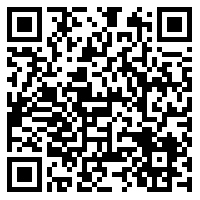