Reburial In Eretz Yisrael
‘If One Finds Three [Corpses]…This Is A Graveyard’?
(Nazir 64b-65a)

The Mishnah states that if one discovered several bodies arranged in a manner indicating that the area is an ancient gravesite (and not just a temporary burial spot), they may not be exhumed and relocated elsewhere. (See Sanhedrin 47b; Jerusalem Talmud Mo’ed Katan 2:4.)

The Kol Bo (siman 114, Hilchos Avel s.v. “Amar Rav Ba’al Halachos…”) explains that transferring a dead body disturbs the deceased who becomes frightened at the thought of being summoned to judgment in the heavenly court. We find this notion in I Samuel (28:15), where Samuel the prophet upon being raised from his grave by King Saul, exclaims, “Why have you disquieted me by bringing me up?” We thus see that moving a buried body can be a frightening experience (see Responsa Chacham Tzvi 47:50).

Reinternment, however, is sometimes permitted. For example, the Talmud Yerushalmi (Mo’ed Katan 2:4) states that it is pleasant and satisfying for a person to be buried near his relatives; therefore it is permitted to transfer a body to a family plot. The Chacham Tzvi (Responsum 50) also permits transferring a body (to a Jewish cemetery) if it is buried among gentiles. And the Or Zarua (cited by the Rabbi Yosef Caro in Yoreh De’ah 363:1) rules that a buried body may be transferred to a safe area if it is at risk of being disturbed by a flood or gentiles.

Rabbeinu Yerucham (as cited by Rabbi Caro, ad loc.) permits transferring a body from chutz la’aretz to Eretz Yisrael since burial in Eretz Yisrael provides one with a special atonement, as alluded to in Devarim 32:43): “He shall cause His land to atone [for] His people.” (In Toras Ha’adam, the Ramban notes that burial in Jerusalem is optimal.)

The Maharal ben Chaviv (siman 63, cited by Pis’chei Teshuvah, Y.D. 363:2) adds that even if it is known that the deceased was not favorably inclined toward being buried in Eretz Yisrael (as was the position of Rabbi Bar Kirah – see Yerushalmi Kil’ayim 9:6 – who felt it was improper to bring bodies to Eretz Yisrael), his children are permitted to transfer his body there. He rules that as long as the father did not explicitly tell his children not to bury him in Eretz Yisrael, it is commendable for them to give their father the privilege and atonement that burial in the land of Israel offers. 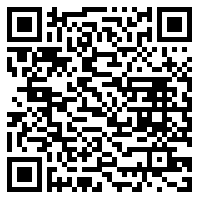