A Special Syllabus
‘As One Who Is Exempt, But Nevertheless Does’
(Sotah 21a)

The Gemara states that only the merit of Torah study can prolong life and delay the effect of the sotah water. But women do not acquire this merit when they study Torah because the commandment to study Torah does not apply to them. Rashi (s.v. “ha lo mifkeda”) explains that we derive this fact from Devarim 11:19: “velimmadetem osam es beneichem – you shall teach them to your sons.” How, then, can women delay the effect of the sotah water? The Gemara explains that women acquire the merit of Torah study through assisting their husbands and sons. By allowing their husbands to return home late from the beth hamidrash and then waiting for them, and by sending their sons off to study in yeshiva, women gains a portion of their merit.

Laws That Pertain To Them

Tosafot (21b s.v. “Ben Azzai”) state that women listened to the Torah reading at Hak’hel in order to learn about the mitzvos they perform. Tosafot indicate that although women are exempt from the general mitzvah of Talmud Torah, they are obligated to study the laws that pertain to them. Indeed, the Semak (in his introduction, cited by Beth Yosef, Orach Chayim 47 in the name of the Semag) rules that women are required to recite the daily Birkas haTorah because they have an obligation to study these mitzvos.

The Beis HaLevi (Parshas Mishpatim) asks why the Gemara says that women can only acquire the merit of Torah study by enabling their husbands and sons to study. What about the merit they receive by studying the mitzvos and laws that pertain to them?

In answer, he explains that the special merit attained by Torah study is achieved only through studying Torah lishmah, for its own sake (i.e., to know Hashem’s Torah). When a woman studies for the sake of knowing how to properly conduct herself, she is not studying lishmah (even if what she is doing is very important and necessary). This type of study is considered preparing for the fulfillment of a mitzvah – for which she will receive the reward of that particular mitzvah that she is preparing to fulfill.

The Rambam (Hilchos Talmud Torah 1:13), while ruling in accordance with R. Eliezer who discourages women from studying Torah, indicates that if a woman does study Torah she fulfills the mitzvah of Torah study and is rewarded.

The Taz (Yoreh De’ah 246:s.k.4) says that women listened to the king read the Torah at Hak’hel because women are permitted to study the written law (Tanach) without delving too deeply into the complexity of the laws and the intricacies of pilpul and derush.

Nevertheless, the Talmud records numerous instances of learned women. The Gemara (Bava Basra 119b, cited by Rashi in Bamidbar 27:4) relates that the daughters of Tzelafchad were learned Torah scholars. The Gemara (Pesachim 62b and Eruvin 53) also reports that R. Meir’s wife, Beruriah, was an extremely learned woman.

The Chafetz Chayyim (Likutei Halachos to Sotah 11a and Iggeres Chafetz Chayim 23 Shevat 5693/1933) points out that teaching Torah to women was discouraged in former generations when girls were raised (and remained) at home until marriage. Formal schooling was not necessary because they absorbed all the required knowledge in their home environment and instinctively were strongly committed to their parents’ beliefs and way of life. Today, however, when girls study secular subjects and are clearly influenced by the non-Jewish society surrounding them, a solid Torah education (Tanach, Jewish philosophy, Jewish history, and mussar works) is essential. 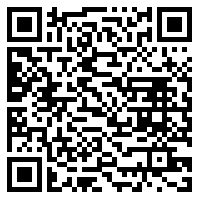