R. Avahu said that “a person should always take care not to instill excessive fear in his house” for it can lead to terrible outcomes. The Gemara relates that a great man once instilled such fear in his family that they almost caused him to violate a Torah commandment. According to Rashi (s.v. “ever min ha’chai”), R. Chanina b. Gamliel’s servants accidentally lost a limb of a slaughtered animal they were supposed to serve him. Fearing his reaction if they told him what transpired, they cut off a limb from a live animal and served that to him instead.

The Gemara, based on the rule that “G-d does not set a stumbling block before the righteous,” objects to the possibility that R. Chanina b. Gamliel was fed ever min ha’chai. They therefore suggest that his servants sought to feed him the forbidden food, but at the last moment he was spared from eating it through Divine intervention.

Is It A Steadfast Rule?

In light of several passages in the Talmud (Shabbos 12b, Chagigah 16b, Ketubbot 28b) describing how various righteous individuals inadvertently committed sins, Tosafos (s.v. “hashta…”) questions the rule that “G-d does not set a stumbling block before the righteous.” He therefore concludes that eating non-kosher is different than other aveiros and explains that G-d protects the righteous from this aveirah because it is a particularly disgraceful sin. That is why the Gemara assumes as a matter of fact that R. Chanina b. Gamliel did not eat the ever min ha’chai. There is no guarantee, though that a righteous individual won’t inadvertently commit other sins.

The Netziv (Meromei Sadeh to Shabbos 12b) explains that G-d protects tzaddikim from mistakenly eating non-kosher food because such food causes timtum ha’lev (they dull one’s heart, affecting one’s spiritual growth and character development). Other sins, however, do not cause timtum ha’lev.

Interestingly, the HaGahoth Mordechai (ad loc.) applies the distinction drawn by Tosafos to the law of pikuach nefesh on Shabbos. If a dangerously ill person must, on a physician’s order, eat meat on Shabbos and only non-kosher meat is readily available, some authorities (cited by the Rosh, Yoma ch. 8 siman 14) maintain that the ailing person should be fed available non-kosher meat rather than kosher meat which can only be obtained by first slaughtering an animal. These authorities base their ruling on the fact that slaughtering on Shabbos is a kares-bearing sin, whereas eating non-kosher meat is not, and, as a rule, when faced with a choice, it is better to violate the lesser of the two sins.

However, the Shulchan Aruch (Orach Chayim 328:14) rules in accordance with the Rosh, who says we should feed the ill person kosher meat, even if that means slaughtering an animal on Shabbos. The Rosh explains that the sick person might find non-kosher meat repulsive and refuse to eat it, thereby endangering his life. The Ran (Yoma ad loc.) explains that eating non-kosher meat might be a graver sin than slaughtering an animal on Shabbos because one is liable for each kezayis one consumes. The HaGahoth Mordechai (Yoma, siman 463), however, suggests that even if the sick person is not repelled by non-kosher meat, he should still be provided with kosher meat since eating non-kosher food is particularly disgraceful, as Tosafos points out. 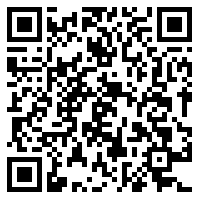