According to a tradition received at Har Sinai, tefillin straps must be black. If one sees the black paint on one’s tefillin straps fading or peeling, one must repaint those places after saying “l’sheim kedushas tefillin – for the sake of the holiness of tefillin.” If one forgot to say this statement of intent, poskim debate whether or not the straps are still kosher. The Shulchan Aruch rules that the straps are kosher b’dieved, but the Rema maintains they are passul since straps painted without proper intent are considered as if they had not been painted at all.

The Magen Avraham suggests that a person who painted his tefillin without proper intent need only apply another layer of paint with proper intent. He bases this suggestion on the opinion of R’ Yehudah in our sugya according to which a sofer who wrote Hashem’s Name without the necessary intention only need trace over the letters with the necessary intention. Although the Chachamim disagree, R’ Acha bar Yaakov explains that they argue only regarding a Sefer Torah They agree, though, that a get written without the proper intent may be traced over.

The Magen Avraham writes that the same is true of the paint on tefillin straps. The Chachamim, he argues, would agree that it can be painted over with proper intent. Although this is debated, the Magen Avraham relies on it in conjunction with the opinion that straps painted without proper intent are in any event kosher b’dieved. The Pri Megadim and other poskim argue that since both these leniencies are rejected, they cannot be combined into a “sfek sfeika.” They maintain that the invalid paint must be scraped off before a valid coat of paint is applied with the required intent.

Tefillin must be made from the products of kosher animals (Shabbos 108a). The Noda B’Yehuda (II, O.C. 3) discusses whether the fat of non-kosher fish may be applied over the black paint. He concludes that since the fat does not make the black paint darker, but merely makes it glossy, non-kosher fish fat may be used. However, Rabbi Shlomo Gansfried, zt”l (Keset HaSofer, cited in Minchas Yitzchak ibid.) writes that, le’chatchila, the fat of kosher fish should not be used. 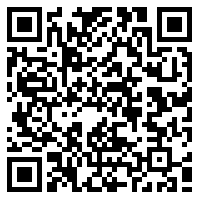