Note from Rabbi Yaakov Klass: Dear readers, this is the last Daf Yomi column on which I collaborated with my good friend and yedid, Rabbi Gershon Tannenbaum, zt”l. Henceforward, the column will be dedicated l’iluy nishmaso. Yehi zichro baruch.


In our sugya, we learn that a deaf-mute has the halachic status of a mentally incompetent person (shoteh), who is exempt from mitzvos. The Chachamim, whose opinion is recorded in the Shulchan Aruch (Eeven Ha’ezer 120:5), maintain that is exempt from mitzvos even if he can express himself clearly in writing since we do not know that he has the necessary presence of mind.

In the time of the Gemara, a person who was born deaf lived in a vacuum, unable to communicate with the world around him. Hence, his understanding of the world was very limited. However, great advances have since been made, with the first schools for the deaf founded in the late 1700s. The Rashash (1720-1777), in his commentary to our sugya, refers to a school in Vienna in which the deaf were taught to write. Previously, if a person was born deaf, it was impossible to help him advance to the point where he could express his thoughts in writing. Accordingly, the Maharshal explains that our sugya refers to someone who learned to write when he was a child and then lost his hearing before he reached adulthood. As such, although he learned how to write, his mind never had a chance to develop to the point where he would be obligated to keep the mitzvos.

This explanation seems to imply that if a deaf-mute learned to express himself in writing as an adult, the Maharshal would view him as fully competent and obligated to keep the mitzvos. However, as we shall see, other poskim disagree.

Today, deaf and mute people can fully communicate with those around them through sign language, lip reading, electronic media, and the like. They can advance to a level of intelligence equivalent to those who can speak and hear. Yoel Deitsch, who managed an institute for the deaf in Vienna 150 years ago, said of one of his students who wrote newspaper articles: “I doubt if there is anyone with use of all his senses who can express his thoughts more cleverly” (Melamed Lehoi’el, Teshuvos R’ Azriel Hildsheimer II, E.H. 58). As such, poskim wonder whether a deaf man who interacts with his surroundings and is clearly intelligent may not have the halachic status of a regular Jew.

The Gemara states that a person goes out alone at night, sleeps in a graveyard, and tears his clothing is considered a shoteh who is exempt from all mitzvos (Chagiga 3b; see Teshuvos Chasam Sofer E.H. 2). The Gemara offers these guidelines so that we can determine who a shoteh is and who has certain peculiarities but is otherwise normal.

Our Sages, however, gave us no guidelines by which to determine whether a deaf man is mentally competent or not. Rather, they made a sweeping generalization that all deaf people are mentally incompetent since in their times they were unable to communicate with the world around them and thus denied the opportunity to develop their minds (see Rashi, Chagiga 2b, s.v. Hacheresh). Nowadays, since this generalization is no longer true, we must question whether it should still hold from a halachic standpoint.

Poskim debate the case of a deaf person whose speech is awkward and can communicate with sign language. The Divrei Chaim (E.H. 72) deems him halachically competent, but the Levushei Serad (Neos Desha E.H. 132) disagrees. 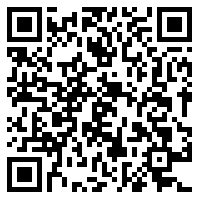