In Parshas Ki Teitzei (Deuteronomy 24:1,3) the Torah states: “ve’kasav lah sefer kerisus – he shall write for her a bill of severance.” A get – a bill of divorce – must sever all marital bonds for it to be effective.

Thus, if a husband says, “This get shall permit you to betroth anyone except [such and such an individual],” the get is invalid according to the Sages (supra, 82a) because the marital bonds have not been severed in relation to this one individual.

The mishnah on our daf (85a) qualifies this halacha and explains that if a man gave a get to his wife which contained a restriction on her marrying a non-Jew or a relative forbidden to her, the get is valid. Rashi (ad loc. s.v. “elah le’abba u’leavicha…”) explains that the get fully severs her marital bonds since these individuals are forbidden to her by Torah law in any event.

Rabbi David Karlin (Yad Dovid, vol. 2, p. 175 – and cited by Kehillos Yaakov to Yevamos 37:1) points out that although it is a sin for an unmarried woman to marry her father or a non-Jew, a married woman who sins with her father violates a two-fold issur and (if the sin is committed inadvertently) she is obligated to bring two chatta’os to atone for her two sins (incest and adultery). Thus, if a husband excludes his wife’s father from the get, she will be liable to a sacrifice for the sin of adultery (in addition to her liability for the sin of incest) if she inadvertently sins with her father. A get that excludes the wife’s father should therefore be invalid as it is not a bill of complete severance.

The Chazon Ish (Novella to Gittin, siman 147), however, maintains that when the mishnah validates a get which excludes a relative or a non-Jew, it means to say that such a get completely severs the marital bond – even with regard to those men who were excluded –because a get that permits her to marry everyone with whom kiddushin is possible effects total severance. Thus, in the above-outlined scenario, if she sins with her father, she will be guilty only of the sin of incest, not adultery, since the get totally severed the marital bond – even with respect to her father.

This also seems to be the opinion of the Meiri, who asserts that if the non-Jew who was excluded from the get subsequently converts to Judaism, she may marry him. The Meiri explains that a get permits the woman to marry all men with whom kiddushin is possible and effects a complete severance of the marital bond without limitation.

Not A Restrictive Get

The Yad Dovid, on the other hand, is of the opinion that such a get does not sever her marital bond with regard to her father or the non-Jew who was excluded from the get. In his opinion, the mishnah teaches that even though she is still considered a married woman with respect to her father, the get is valid and not considered a restrictive get since she cannot marry her father even if she is single. 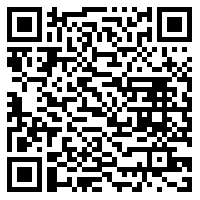