Who Permitted Eating Turkey?
‘Geese And Wild Geese Are Forbidden Together’
(Bava Kamma 55a)


The Tzemach Tzedek (29) sought to prove from our daf that wild geese are kosher. If they weren’t, he said, why does the Gemara search for a difference between wild and domestic geese? Let it just state the most obvious difference – that one is kosher and one isn’t? Since the Gemara does not say this, apparently both species are kosher (see Chasam Sofer, Yoreh Deah 74, however, who refutes his proof).

The Signs Of A Kosher Bird

In principle, there are three signs that signify whether or not a bird is kosher. The Shulchan Aruch (Yoreh Deah 82:2) rules, “There are three signs of taharah: an extra finger, a crop, and a gizzard that can be peeled by hand.” Nonetheless, the custom is not to rely only on these signs to determine that a certain species of birds is kosher; we need a tradition handed down from our forefathers, as well (Rema, Yoreh Deah 82:3).

The Source For This Custom

Rashi (Chulin 62b s.v. chazyuha) writes that during Talmudic times, Jews ate a certain kind of bird, relying on the signs. When they later noticed that the bird clawed its food just like non-kosher birds, it became clear to them that they had conducted their analysis incorrectly. Ever since then, the accepted custom has been to eat only birds for which there is a tradition.

Approximately 100 years ago, when a new species of geese from deep in the Russian interior was brought to Warsaw, the Avnei Nezer (Responsa Yoreh Deah 75) ruled that it should not be eaten. Although Jews who lived near the bird’s natural habitat had been eating it, a tradition is only considered reliable if it evolved in a place where talmidei chachamim lived.

Is There A Tradition To Eat Turkeys?

Turkey was brought to Europe from North America before the first Jewish communities were established there. Poskim point out that it is not clear how the custom of eating turkey spread, but since it did, they discuss whether the custom should be allowed to continue. The Netziv (Responsa Meishiv Davar 2:22) writes that although our custom is not to eat birds without a corroborating tradition, this custom applies only to newly-discovered species. Now that Jews almost universally eat turkey, we need not stop eating it for lack of an earlier tradition. 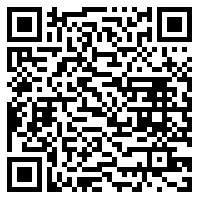