The Torah (Bamidbar 21:25-30) recounts the Israelite conquest of the Land of Cheshbon ruled by Sichon, king of the Emorites. It notes that this land was actually acquired by Sichon from the Moabites. The Torah reveals that this original conquest was foretold by the moshlim – those who speak in parables. Rashi (on verse 27), citing a Midrash (Tanchuma 24), identifies the moshlim as Balaam and his father Be’or.

Our daf expounds this verse in different way. Moshlim, it says, means rulers, i.e., those who rule over their yetzer hara. When confronted with an opportunity to sin, they make a cheshbon, weighing the little pleasure they will gain through the sin versus the great spiritual loss and resultant punishment they will incur.

Yaaros Devash (vol. 1, derash 5, s.v. “zehu”) deliberates on the analogy between the struggle with the evil inclination and Sichon’s conquest of Moav. Scripture relates that Sichon only conquered the city of Cheshbon at first; only later did Sichon go on to conquer the entire land. Cheshbon, Yaaros Devash suggests, was actually a rather insignificant city near the Emorite border. Thus, when Sichon, the Emorite king, attacked it, the Moabite king surrendered it without a struggle. They sought to appease Sichon. They thought surrendering Cheshbon would placate Sichon and prevent him from attacking further.

The Moabites, however, made a fatal mistake. Surrendering Cheshbon made matters worse, not better. In the end, surrendering Cheshbon was merely the beginning of their total defeat. Many world leaders since then – including, most famously, British Prime Minister Neville Chamberlain – have made the same mistake.

Yaaros Devash explains, that the evil inclination tries to convince us to reason like the Moabites. It wants us to think that by committing a minor infraction it will be appeased, making it easier to resist more serious offenses in the future. However, the opposite is true. When one commits even a seemingly trivial sin, the evil inclination is energized, making it more difficult to resist sinning in the future. As the Mishnah teaches (Avos 4:2), “Avera goreres avera – One sin causes another.” 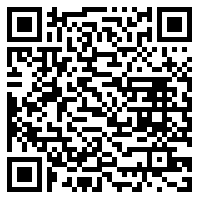