The first mishnah in our perek asserts that “everyone is authorized to judge financial cases.” Rabbi Yehudah explains that “everyone” includes a mamzer (someone born of an incestuous or otherwise Biblically forbidden relationship). He, however, cannot serve as a judge in cases involving the death penalty.

In Search Of An Explanation

Many explanations have been offered for the link between this verse and yayin nesech. Mareh HaPanim on the Yerushalmi writes, “I have seen and heard several errors about this interpretation. They speak nonsense.”

Some explain that Rabbi Yehudah only means to say that we should sometimes be lenient. The Semag (lavin 148), for instance, rules that a gentile carpenter may repair a crack in a non-Jew’s barrel of wine, as non-Jews do not offer wine to their idols in this manner (Mareh HaPanim, ibid.).

Some commentators on the Yerushalmi explain that the two halachos were placed next to each other simply to note Rabbi Yehudah’s leniency in both matters: he allows a mamzer to be a judge and is lenient regarding yayin nesech (Penei Mosheh, Mareh HaPanim; see responsa of the Rosh, kelal 19, and Responsa Tzemach Tzedek, kelal 116). We now cite two other solutions.

In his Iyunim Bedivrei Chazal Uvileshonam, Rabbi Chanoch Ehrentreu, av beis din of Munich, explains that there is a certain type of barrel known as “uvin” (see the Tosefta on Keilim B.K., Zuckermandel edition 2:2). Thus, Rabbi Yehudah means to say as follows: “Do not distort (i.e., forbid) the judgment of your poor (‘evyonecha’ – similar to ‘uvin’),” but rather allow it. A barrel of wine repaired by a gentile is fine.

Another, more surprising, explanation is offered by Rabbi Reuven Margalios in his Mechakrim Bedarchei HaTalmud Ve’chidushav (7). Rabbi Yehudah mentioned by the Yerushalmi is the same one recalled in the Haggadah as having given us an acronym to remember the 10 plagues of Egypt: d’tzach, adash, b’achav. Rabbi Margalios explains that Rabbi Yehudah similarly wanted to give us an acronym – “yayin nesech” – to easily remember the halachos pertaining to judges in cases involving the death penalty!

Rabbi Yehudah says that we should not be exacting about these details when it comes to financial and property cases. (See Yerushalmi, Sanhedrin 4:7, for 11 differences between property and death penalty cases.) 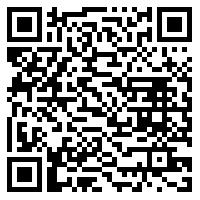