Lipstick and toothpaste do not need a special hechsher for Pesach because they’re nifsal mei’achilas hakelev (unfit for a dog to eat).

The family of Rabbi [Joseph] Breuer relates that Mr. Adwe – who makes many kasher l’Pesach products – came to Rabbi Breuer a century ago for a hashgacha for his Pesach toothpaste. Rabbi Breuer sized him up and thought he wasn’t going to be successful, so he refused. He figured Mr. Adwe would be out of business the next year but everyone would remember that Rabbi Breuer gave a hechsher and would think you can’t use toothpaste on Pesach without one.

Lipstick is also not ra’ui la’achilas hakelev. If you sit and eat lipstick that has chametz in it, you’re demonstrating that, as far as you’re concerned, it is ra’ui laachilah, so there’s a din of achshivei. But if you’re not eating the lipstick, even if some of it goes into your mouth and you swallow, that’s not called achshivei.

So strictly speaking, you don’t need to buy toothpaste or lipstick that has a kasher l’Pesach hechser, but if you can get one with it, why not? Give Mr. Adwe your business.

So many people, though, think it is necessary to ensure these items are kasher l’Pesach.

It’s based on an opinion that’s not accepted. The Chavas Daas writes in Yoreh Deah that nifsal me’achilas adam and nifsal me’achilas kelev only apply if it’s hisri’ach me’elav – if the item spoiled on its own. For example, if you have bread and you leave it out of the freezer for a month, it’s going to become moldy, so that’s called nifsal me’achilas hakelev.

But if you mix in chemicals and you ruined it, that’s not called nifsal me’achilah. So that’s what all these chumras are based on. But we don’t accept that opinion. The Chazon Ish doesn’t pasken like that – nor does Rav Moshe Feinstein or Rav Soloveitchik. 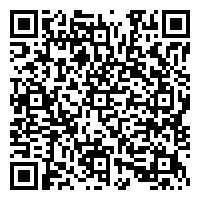