“A bunch of us are getting together on Motzaei Shabbos for a Chanukah party,” Shraga told his friend Pinchas. “Would you like to come?”

“Sure! I’d love to,” exclaimed Pinchas. “What are you doing at the party?”

“You know, the usual,” answered Shraga. “Divrei Torah, of course; singing, jelly doughnuts, latkes, dreidel and other games. If you want to prepare a dvar Torah and a game, that would be great.”

“OK, will do,” said Pinchas. “And what about bringing stuff? What should I bring?”

“The doughnuts and latkes are already taken care of,” said Shraga. “You can bring drinks, if you like. Also, if you have pennies, bring them along for the dreidel game.”

“Pennies?! Pennies are passé,” Pinchas said, wrinkling his nose. “Let’s play for real with dollars! If ten of us each bring 20 dollars, that’s a grand pot of 200 dollars!”

“I don’t know about that,” said Shraga. “It sounds like gambling to me.”

“Why is that gambling? Doesn’t everyone play dreidel on Chanukah?” asked Pinchas. “What’s the difference between pennies and dollars?”

“First of all, not everyone plays for keeps,” said Shraga. “Second, it feels different when dealing with small sums or within the family.”

“Maybe it feels different, but that not a logical, halachic distinction,” replied Pinchas. “Either it’s permitted or it’s not!”

“I’ll tell you what,” said Shraga. “Rabbi Dayan invited us over to a Chanukah party tomorrow night. We’ll ask him then.”

The next night Shraga asked Rabbi Dayan: “Can a bunch of friends play dreidel for keeps with dollars?”

“This touches on an intricate topic called asmachta – a possibly insincere, conditional obligation,” said Rabbi Dayan. “Dreidel for money is permissible according to the Rama, but small sums are preferable.”

The talmidim perked up their ears.

“The Mishnah [Sanhedrin 24b] lists a dice gambler, mesachek b’kuvya, as disqualified from testifying,” explained Rabbi Dayan. “One explanation in the Gemara is that dice gambling is asmachta and is considered by the Sages a form of theft, because the parties are not sincere in their willingness to lose money. The other opinion maintains that dice gambling is not prohibited asmachta and that only an addicted gambler is disqualified, because he is not involved in productive worldly endeavors.”

“Why is gambling not asmachta according to the second opinion?” asked Shraga.

“Rashi explains that since the loser knows he has no control over the game and committed nonetheless, he is sincere in his conditional obligation,” answered Rabbi Dayan. “Some require that the money also be placed up front on a shared table. Rabbeinu Tam explains that since each party has an equal chance of losing and winning, he is willing to lose in order to have the possibility of gaining.”

“What is the halacha?” asked Shraga.

“The Shulchan Aruch [C.M. 370:1-3], following the Rambam, writes that the Sages prohibited mesachek b’kuvya as a form of [rabbinic] theft,” answered Rabbi Dayan. “Even against a non-Jew, gambling is frowned upon as a waste of time. The Rama comments that the practice is not to consider dice gambling as theft, so that only an addicted gambler is disqualified. Elsewhere [C.M. 207:13], Rama addresses dice playing at length and cites the explanations of Rashi and Rabbeinu Tam to permit it. Playing dreidel for money is similar to dice playing, and would seem subject to this dispute between the Shulchan Aruch and Rama.” (See also Tefilla L’Moshe (Halevi) 5:58)

“What’s the difference between large and small sums?” asked Pinchas.

“Some suggest that small sums might be permitted even according to the Shulchan Aruch,” answered Rabbi Dayan, “since people are not particular about small sums [Y.D. 160:17; 162:1] and commit sincerely.”

“Is there any issue of playing dreidel for keeps within a family, where all the money is provided by the head of household, anyway?” asked Shraga.

“The Shulchan Aruch [O.C. 322:6] prohibits casting a lottery on different size pieces of meat, even during the week, because of kuvya,” replied Rabbi Dayan. “Even within a family, where all the food is provided by the head of household, some do not allow it, lest the children become accustomed to gambling with others or idle behavior [M.B. 322:22-23]. On Chanukah, when there is a custom to play dreidel, this should not be an issue, and certainly not according to the Rama, who is more lenient about kuvya.” 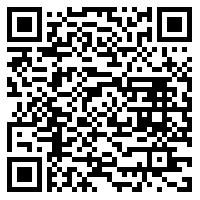