Purim was over and minds were now focused on Pesach. The empty bottles were disposed of and people began making room for new bottles of wine and boxes of matzah for the Seder.

Mr. Weiner had a hangover, though. He had gotten intoxicated on Purim, which was spiritually uplifting and made him feel very happy it but loosened his self-control greatly. In his fervor, he took a gold chain embedded with diamonds that he had inherited and gave it to the local gabbai tzedakah to be sold on behalf of poor families. The gabbai refused to take the chain at first, but Mr. Weiner insisted he take it and pushed it into his hands, assuring him that this was his true desire.

In addition, a customer who had been negotiating to buy Mr. Weiner’s house managed to convince him to sign a sales contract for significantly less than he had initially asked for.

The following morning, Mr. Weiner returned to his normal self. He faintly remembered something about giving the gold chain and signing a contract. His family filled in the details of the story and showed him the signed contract, to his dismay.

Mr. Weiner’s head began to swirl, but not from wine. He asked the gabbai tzedakah to return the chain. “I can’t do that,” said the gabbai. “It comes at the expense of the poor families. The most I can do is return the chain if you give its value.”

The buyer of the house also was not cooperative about voiding the contract. He insisted that Mr. Weiner was sufficiently competent for his action to be legally valid.

“This depends on your degree of drunkenness,” answered Rabbi Dayan. “There are various levels of drunkenness, with different halachic ramifications.”

“The Mishnah [Terumos 1:6] teaches that a drunk person should preferably not tithe,” explained Rabbi Dayan. “The Tosefta [Terumos 3:1] explains that this is because he is not in full mental capacity, even though he is considered mentally competent for all matters: His transactions are valid, his vows and pledges are binding, and he is legally culpable for violation of prohibitions.”

“The Gemara [Eruvin 65b], however, exempts the drunkard from prayer [O.C. 90:1-3] and qualifies the Tosefta’s statement,” continued Rabbi Dayan. “R. Chanina states that the drunkard is considered mentally competent only if he hasn’t reached the drunkenness of Lot, but if he reaches that level, he is exempt from everything.”

“What is considered the drunkenness of Lot?” asked Mr. Weiner.

“The Rambam [Hil. Mechira 29:18], cited by the Shulchan Aruch, describes this as one ‘who acts and does not know what he is doing,’ ” answered Rabbi Dayan. “His actions are invalid because he is like a shoteh, a mentally disturbed person, or child under six, who does not have any legal competency.” (C.M. 235:22)

“It’s hard to define precisely when a person reaches the level of drunkenness of Lot,” added Rabbi Dayan. “R. Yom-Tov Tzahalon [Maharitatz #211] addresses the case of a person who, after drinking at a party, donated his property to charity with a valid kinyan, an act of transaction. He writes that if the person remembers on his own what he did, he has not reached the level of Lot.”

“What if it is not clear whether the drunkard has reached that level?” asked Mr. Weiner.

“In the case of a person who is questionably incompetent, as it seems here, the Gemara [Kesubos 20a] rules that whoever is in possession of the property maintains it,” replied Rabbi Dayan. “Therefore chattel, moveable property, remains with whoever holds it; real estate remains in the possession of the initial, definite owner.” (Rama C.M. 235:21) 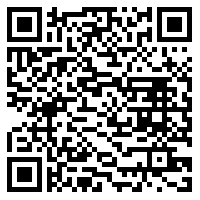