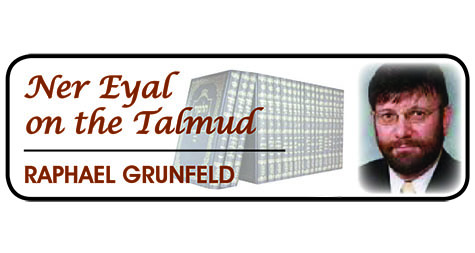 Although cooking food on Yom Tov for a Yom Tov meal is permitted, cooking or preparing a meal today, on Yom Tov, for tomorrow is prohibited. This prohibition applies equally whether tomorrow is a weekday, a Yom Tov, or a Shabbat. This is because one is not allowed to misuse the rest day in hachanah, in preparation for another day.

But what happens when Yom Tov is on Friday? May one cook on Friday/Yom Tov for Shabbat? Or is this also considered hachanah and prohibited?

The answer is that biblically it is permitted to cook during the day on a Friday/Yom Tov for Shabbat. The Talmud gives two reasons why the Torah permits cooking on Yom Tov for the following Shabbat day. According to Rabbah, it is because you never know how much food you may need on Yom Tov. There is always the possibility that unexpected guests may arrive. And since you are allowed to cook on Yom Tov for possible guests, you may also cook for Shabbat. The logic of “since,” on which Rabbah bases the permit, is referred to halachically as ho’il.

According to Rav Chisda, both Yom Tov and Shabbat are frequently referred to in the Torah as “Shabbat.” Accordingly, the permission given by the Torah to cook on Yom Tov applies not only to the Yom Tov meal but also to the Shabbat meal prepared on Yom Tov for the following Shabbat day. As pointed out by Tosafot, there is a practical difference between the two approaches. According to Rabbah, it would be biblically prohibited to cook on Friday afternoon, shortly before sundown, because by that time any Yom Tov guests would have come and gone. Rav Chisda, however, says this would be permitted.

Despite the fact that the Torah permits cooking on Yom Tov for the following Shabbat day, both Rabbah and Rav Chisda forbid it unless one performs on Erev Yom Tov a special ceremony called eruv tavshilin, which entails making minimum preparation for Shabbat on Erev Yom Tov by setting aside some bread and some cooked food for the Shabbat meal.

In this way, the Shabbat meal has already been prepared before Yom Tov and all that is required on Yom Tov is its completion. This bridge, spanning from Erev Yom Tov to Shabbat, makes Rabbah more comfortable relying on the hoi’l exemption described above.

The eruv tavshilin ceremony honors both the Yom Tov and the Shabbat. It honors the Yom Tov because people who see that it is rabinically forbidden to cook on Yom Tov, even for Shabbat, without the eruv, will never violate the Yom Tov by cooking for a weekday. It honors the Shabbat by focusing one’s mind already on Erev Yom Tov concerning the needs of Shabbat, which might otherwise lie unattended in the shadow of Yom Tov.

When Yom Tov begins on Wednesday night (in Galus), the eruv tavshilin ceremony is performed on Wednesday and when Yom Tov begins on Thursday night it is performed on Thursday, in each case by the head of the household. The bread and the cooked food is lifted in one’s right hand and the blessing Al Mitzvat Eruv is recited. The following text should be read:“ With this eruv, let it be permitted for us to bake, cook, insulate, light the Shabbat candles, prepare for, and perform all our Shabbat needs onYom Tov.”

Even those who eat out on Shabbat, and therefore have no need to cook on Yom Tov for Shabbat, are required to perform the eruv tavshilin ceremony without a berachah to enable them to light the Shabbat candles on Yom Tov for Shabbat. The eruv ceremony should be performed before lighting the Shabbat candles. When the first day of Yom Tov is Thursday, the eruv permits cooking on Friday for Shabbat but not on Thursday for Shabbat. The challah used for the eruv should be used as the second loaf, lechem mishnah, for Shabbat meals and should be eaten at the third Shabbat meal.

If, when praying Minchah on Erev Yom Tov in synagogue, you realize you forgot to perform eruv tavshilin, there is no need to run home. You can either call home and ask a family member to do it for you or you can do it yourself from the synagogue by setting aside in your mind food at home for the eruv and actually setting aside the designated food when you get home.

In most communities the rabbi will perform the eruv ceremony on Erev Yom Tov for all community members. This ceremony, conducted on your behalf without your knowledge at the time, is based on the principle that a benefit can be bestowed on a person in his absence (zachin leadam shelo befanav). As a last resort, this communal eruv may be relied upon but the rabbis frown on making a habit of it. Because the halacha is in accordance with Rabbah, who prohibits cooking on Yom Tov shortly before sundown, care should be taken to complete cooking for Shabbat well before sundown on Friday. For this reason, Maariv is usually set early on Yom Tov Friday to encourage people to finish cooking before the early Maariv service.

Based on Rav Chisda’s position described above, however, the Chofetz Chaim permits one, in case of an emergency, to finish cooking just before sundown. 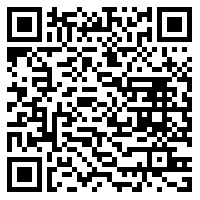