As I headed to work on the subway one morning, two men boarded the train carrying on their shoulders crates of sandwiches and toiletries. They put the crates down and invited anyone who might be hungry or had not slept in their own bed that night to help themselves from the crates. Everybody hid behind his or her newspaper.

“Don’t be shy,” they said. “If you are living from check to check, from month to month, as most of you on this train probably are, you are not that far from the poverty line yourselves. Maybe some of you have lost your jobs already and are too embarrassed to go home to your families. Please don’t let your pride keep you hungry and dirty.”


Twelve loaves of bread lay on the shulchan in the Temple sanctuary. These twelve loaves were a source of sustenance for the twelve tribes of Israel. The shulchan, in the north, which signified wealth, faced the menorah, the symbol of Torah, in the south. The message was clear. As long as we keep the Torah close while we work for a living, we have God’s blessing that we will not be shamed into dependence on other humans. The lechem hapanim, the showbread, allows us to show our faces in public. He will always look after us if we look after His Torah.

Some say the lechem hapanim was shaped like an open box, with no lid and open on two sides. Others say it was triangular in shape, like the hull of a ship on stormy waters. Either way, the lechem hapanim signified the lack of security and the fragility of success that typify the struggle for livelihood.

Each of the lecham hapanim was made of two issaronim (one issaron equals between 11 and 21 cups or between 86.4 and 172.8 fluid ounces) of flour derived from fine wheat. The flour was kneaded and shaped outside the Temple and placed into 12 metal molds, shaped like an open box, as described above. Each Friday, the 12 metal molds were taken to the Temple where they were baked in ovens. After the baking was complete the 12 unleavened loaves were removed from their metal molds and placed into golden molds where they waited until the next day, Shabbat, to be taken into the Temple sanctuary and placed on the shulchan.

The shulchan was constructed in such a way as to make sure there was sufficient air between the loaves to keep them fresh from Shabbat to Shabbat. Just as we contribute daily to the miracle of our survival by working hard, so too the kohanim had to contribute to the miracle of the lechem hapanim by constructing the table in such a way that would assist in keeping the loaves fresh.

The first two loaves of showbread were placed directly on the shulchan. The remaining 10 loaves were stacked on top of the first two, on shelves consisting of cross bars, or tubes, referred to in the Torah as kesotav. These were hollow golden canes split lengthwise. Their purpose was to separate the loaves from one another and allow air to circulate freely between them. In this way, the showbread was kept fresh and free from mould. Three such tubes held each of the twelve loaves, except at the top, where the shelf of each set had only two tubes, making 28 tubes in all. The shelves rested upon notches, cut unto six vertical bars and referred to by the Torah as menakiotav, rising on each side of the table, from the floor to above the level of the top shelf.

Placed on the shulchan between the two sets of showbread were two golden cups with long protruding handles in which the levonah, the frankincense, was kept. These cups are referred to as bezikin.

It is said that just one bite-size of the lechem hapanim was sufficient to sustain one kohen. Like the widow’s jug of flour that was able to replenish itself with Elijah’s blessing, so too the 12 loaves were able to sustain the people of Israel from week to week with God’s blessing. It seems that with the correct focus, one does not need that much to survive. 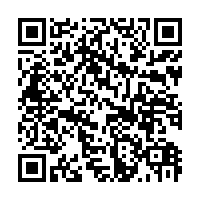