To return the reflection of the spark of God within us, our souls must be kept untarnished. According to the Torah – the soul’s instruction manual – certain activities, such as the consumption of certain foods or the entering into certain prohibited marriages, cause the soul’s mirror to mist up and be unable to return the divine reflection.

“Do not defile yourselves with them, because it will make you spiritually insensitive. For I am God your Lord and since I am holy, you must also make yourselves holy and remain sanctified.”


The Torah lists twenty-one close relatives a man may not marry. They include, among others, one’s daughter, granddaughter, mother-in-law, aunt, daughter-in-law, the sister of one’s wife during one’s wife’s lifetime and one’s sister-in-law. These biblically forbidden marriages are each known as ervah and collectively as arayot. If one violates the prohibition against marrying an ervah, one incurs the punishment of karet, premature death at the Hand of God, and the marriage is ineffective.

Examples of chayavei la’avim unions are marriages between a kohen gadol and a widow, between an ordinary kohen and a divorced woman, between a non-kohen and a mamzeret, and between a man and his divorced wife if she married another man when she was divorced – machzir gerushato.

The Levirate marriage, known as yibum, cannot be entered into with an ervah. The only exception to this rule is, of course, the sister-in-law herself, provided there is no other ervah relationship other than being the sister-in-law. Thus, for example, a father cannot enter into a Levirate marriage with his daughter, even in a situation where his daughter is the widow of his late brother who died childless. This is because the positive commandment of yibum does not override the karet prohibition of marrying an ervah. With the death of her husband, the woman in this daughter-niece situation is free to marry another man without having to perform yibum or chalitzah.

The Levirate marriage could, however, at least biblically, be effected between the widow and the brother-in-law in the case of chayavei la’avim marriages. This is because, under biblical law, the positive commandment of yibum has the power to supersede the negative commandment of a chayavei la’avim marriage. An example of such a situation would be where the deceased was a kohen who married a woman divorced from another man in violation of the prohibition against a kohen marrying a divorcee. If the surviving brother, also a kohen, enters into a Levirate marriage with the widow, he too would be violating the same prohibition against a kohen marrying a divorcee.

Another example of a chayavei la’avim marriage is where a man marries the widow of his deceased, childless brother after previously having performed chalitzah with her. Such a marriage violates the rule which provides that once a brother has chosen chalitzah over yibum, he may no longer marry his deceased, childless brother’s widow –keyvan shelo banah, shuv lo yivneh.

Yet another example of a chayavei la’avim marriage is the case of machzir gerushato discussed earlier. In all these chayave la’avim cases, since the prohibited marriage of the deceased was legally effective, the death of the deceased creates a zikat yibum, a marriage bond, between the widow and the surviving brother-in-law. 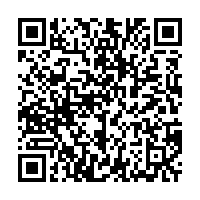