Question: The Talmud (Berachot 33b) notes that it is improper to implore G-d: “Just as You have shown mercy upon a bird’s nest [with the mitzvah of shiluach ha’kan], so, too, may you have mercy and compassion on us.” Why is this prayer improper?

Answer: The following is based on a taped shiur of HaGaon HaRav Yoshe Ber Soloveitchik, z”l:


Animals and humans are treated differently by Hashem. Animals aren’t obligated to act in a certain manner. G-d sustains the animal world without any regard to its morality. As Psalm 145 states: “u’masbia l’chol chai ratzon – you satisfy the desire of every living thing.” Life for animals is the result of an act of kindness by G-d.

Human beings are not granted such grace. They have goals to achieve and standards that must be maintained.

Let us imagine a worker hired by the hour to complete a specific task. In the middle of the job, he says to his employer, “I’m leaving, pay me for the entire job.” No employer would honor his request. The fact that the employer may give large sums to charity does not mean or imply that he will pay employees more than the amount agreed upon.

So too, one cannot assume that G-d’s treatment of human beings will be the same as His treatment of animals. Animals are graced with benevolent kindness and charity since they have no Torah to uphold. Human beings, though, have rules that must be observed. Rewards are granted for fulfilling mitzvot and punishments are meted out for nonobservance.

A prayer, therefore, that asks G-d to extend the mercy He grants animals to human beings obscures the fine distinction between these two worlds. In a way, one is asking for a dilution of the efficacy of “reward and punishment” and seeking a life without standards. Accordingly, such a prayer is improper. 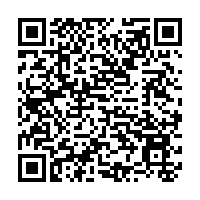