The Millers rented an apartment for Sukkos in Jerusalem. Before leaving, they came to pay the landlord.


“How many were you?” asked the landlord.

“We were six,” replied Mr. Miller.

“The price is for four people,” replied the landlord. “That is what I tell everyone when they call. I assume I told her also.”

“We had asked you to send an e-mail confirmation of the price and you didn’t,” said Mr. Miller. “At this point, there’s no record of what we arranged. I’m willing to split the difference with you and pay $1,750.”

When the Millers returned home, they tried to locate their initial communication with the landlord. Finally, Mrs. Miller found a paper with various rental options and price quotes. “I see that I wrote $250 per additional person,” she said. “We owe the landlord another $250.”

“At this point, it’s over,” said Mr. Miller. “We already compromised with the landlord and settled with him.”

“But the compromise was a mistake,” said Mrs. Miller. “Had we had this paper with us, we never would have questioned the price. He wouldn’t have settled for $1,750.”

Mr. Miller called Rabbi Dayan and asked him what to do.

“The Gemara [Bava Metzia 66b; Bava Basra 41a] teaches that mechilah b’ta’us [foregoing in error] is not valid,” began Rabbi Dayan. “For example, a person who drew his property line in error does not forego that property to his neighbor.” [Choshen Mishpat 142:2; 241:2]

“Similarly, if a person compromises in error, the compromise is void since compromise entails mechilah,” continued Rabbi Dayan. “Thus, the Rashba [Responsa 2:278] rules that if someone denies a claim and the plaintiff had to settle, the defendant is not exempt vis-à-vis heaven.” [Choshen Mishpat 12:14-15; Aruch Hashulchan, Choshen Mishpat 12:13]

“I acted in good faith, though,” noted Mr. Miller. “I also wasn’t aware of what was written.”

“Indeed, Nachalas Shiva [24:4.2] writes that it is considered ta’us only if one party was aware and misled the other party,” replied Rabbi Dayan. “However, if both parties were unaware of the facts and settled, it is not considered a compromise in error since both entered the compromise intending to gain or lose partially.”

“Zichron Yosef disagrees and maintains that even if neither party knew, it is considered ta’us and void, like the Gemara’s case of a property line being drawn in error,” added Rabbi Dayan. “This is assuming that that the information existed at the time of the mechila or settlement, but the parties were unaware of it. Events that occurred afterwards, however, cannot render a mechilah a ‘mechilah b’ta’us.’” [Pischei Teshuvah, Choshen Mishpat 241:3; 12:20]

“What about our case?” asked Mr. Miller.

“According to Nachlas Shiva, since both of you were unaware, it is not considered mechilah b’ta’us; according to Zichron Yosef, it is,” replied Rabbi Dayan. “On account of the dispute, you are not required to pay the difference. There may, however, be a moral obligation to do so” [Pischei Choshen, Halva’ah 2:33]. 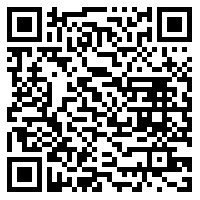