Accordingly the lender can collect from the debtor’s heirs without having to take the Shevuat Hayorshim, the oath of heirs. This is true, provided the loan is evidenced by a promissory note. It is also true if it was an oral loan, provided the oral loan was evidenced by the testimony of witnesses who, during the lifetime of the debtor and in his presence, had testified in court, to the occurrence of the loan and its maturity date.

As soon as a note is signed, the lender can take steps to preclude such a possible forgery defense. He can bring the two witnesses and the note to court and have the witnesses testify before three judges that the signatures on the note are indeed their signatures. The three judges, having heard and accepted their evidence, will then write on the note that it has been certified. The judges will then sign their names under the names of the witnesses. The note, so certified, is immune to a forgery defense. This procedure is known as kiyum shtarot, the certification of documents. The process of kiyum shtarot does not need to be done in the presence of the debtor. In fact, even if the debtor objects to the kiyum shtar, the court will go ahead and certify it. The court can equally do so after the debtor has died.

The Mechaber rules that if the loan is evidenced by a promissory note certified in this way, the lender, at the very first moment of the beginning of the day on which the loan falls due, can claim the loan from the debtor’s heirs, even from his minor heirs, without having to take the Shevuat Hayorshim, the oath of heirs.

Generally speaking there is a rule that a debt cannot be enforced against minor heirs because they have no ability to defend themselves. It is only when they are grown up that they have the wherewithal to defend themselves against such a claim. As adults they can search their deceased father’s records to see if he repaid the debt or come up with any other appropriate defense. Since minors cannot be expected to do that, a debtor usually must wait until the heirs have reached adulthood before he can collect their father’s debt from them.

This is not the halacha, however, in the case at hand where the lender is suing the heirs at the very first moment of the beginning of the day on which the loan falls due, on the basis of a certified promissory note. The legal presumption that a debt is not prepaid will apply and judgment will be entered in favor of the lender against the minor heirs even if the note was certified after the death of their father.

The same is true of an oral loan with one difference. In order for the loan to be enforceable against the minor heirs, witnesses must have testified in court, in the presence of the father before he died, to the occurrence of the debt and its maturity date. In the absence of such testimony, judgment will be entered favor of the minor heirs.

In the case of adult heirs however, the lender could bring witnesses to court in their presence, even after the father’s death, to testify about the occurrence of the loan and the maturity date and in such event, judgment would be entered against them. The lender cannot do that where minor heirs are involved because, being under legal age, they have no standing in court and are not considered ba’alei din, litigants. The only way the lender, who sues the minor heirs at the very first moment of the beginning of the day on which the loan falls due, can benefit from the legal presumption that debts are not prepaid, is if witnesses had already testified, in the presence of their father before he died, to the occurrence of the loan and its maturity date.

In the case of a promissory note, however, the certification of the note, even if it occurred after the father died, is deemed to have taken place during his lifetime, because as we have seen, the court has the power to certify a promissory note at the request of the lender even in the absence of the debtor. 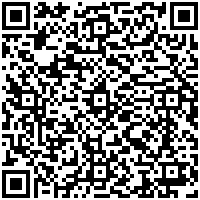