It is universally accepted in halacha that the continued existence of the Jewish people is dependent upon the uninterrupted settlement of Jews in the Land of Israel.

However, the extent and structure of the Jewish settlement in Israel before the Final Redemption and the coming of the Messiah is the subject of an ongoing halachic debate.

The halachic opinions on these questions range across the board. There are those, to whom we shall refer as the “Yishuv School,” who would restrict settlement to individual communities living under whatever foreign sovereign power happens to reign in the Land of Israel at the relevant time.

There are others, to whom we shall refer as the “Kibutz Galuyot School,” who would require all Jews to return to Israel under a Jewish sovereign state. And there are yet others, to whom we shall refer as the “Territorial School,” who would, in addition, require the conquest of all of the Land of Israel that remains in non-Jewish hands. The fact that the holders of these diverse opinions live side by side in Israel is a tribute to the unifying power of the Land.

This article focuses on the Territorial School of thought.

Based on the opinion of the Ramban, the Territorial School believes that leaving any territory of the Land of Israel in the possession of non-Jews is a violation of a biblical mandate. “You shall take possession of the Land and dwell in it” means there is a biblical requirement to conquer the Land. According to the Ramban, a war waged to conquer the Land of Israel is in the category of milchemet mitzvah, an obligatory war, not milchemet reshut, an optional war. Accordingly, war must be waged not only in self-defense but must also be initiated to rescue the Land from non-Jewish hands.

The requirement to wage war applies today as much as it did in the days of Yehoshua. Spurning the commandment to conquer the Land is, in the eyes of the Ramban, rebellion against God. Indeed, Moshe criticizes the spies who shrank from waging war against the inhabitants of the Land: “Go up and possess the Land which I have given you; then you rebelled against the commandment of the Lord your God and you neither believed him not nor hearkened to his voice.”

The establishment of the Jewish sovereign state and of the Israel Defense Forces is a biblical commandment because without them, there is no way to conquer the Land.

Conversely, no part of the Land within the boundaries delineated in Numbers 34 may be relinquished for any purpose whatsoever. “There is no doubt,” writes Rabbi Yaakov Moshe Charlap “that if circumstances require the heads of state to sign an international agreement that will include a statement relinquishing any of our rights to the Land of Israel, it is preferable that the signatories amputate their thumbs rather than amputate the heavenly garden of Zion.”

“If we have the capability to acquire all of the Land of Israel,” writes Rabbi Tzvi Pesach Frank, then we do not have the permission to relinquish our claim to even one clod of earth and to hand it over to foreigners.” 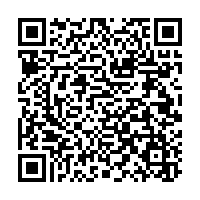