Rabbi Dayan received a phone call from his nephew, Rabbi Federman, who had recently taken his first position as a pulpit rabbi. “Sholom aleichem,” Rabbi Dayan greeted him. “How is the new Rav managing?”

“Thank G-d, the first two months have gone well,” replied Rabbi Federman. “In two weeks I’ll be officiating as mesader kiddushin for the first time. I’d like to review the order of the wedding with you, if possible.”


“I’d be happy to,” replied Rabbi Dayan. “Officiating at the wedding is a big honor, but also a big responsibility. We can meet tomorrow evening, if you’re available.”

The following evening, Rabbi Federman came over. Rabbi Dayan reviewed with him each step of the wedding ceremony and the chuppah, one by one. When they finished, Rabbi Dayan asked: “By the way, whose wedding is it?” Rabbi Federman mentioned the names of the couple.

“We’re also invited to that wedding!” exclaimed Rabbi Dayan. “I’ll be there in any case, but I’m confident you’ll do a fine job. Just make sure that you prepare all the names and other information clearly before writing the kesubah.”

“What if I make a mistake in filling out the kesubah?” asked Rabbi Federman.

“That depends on the nature of the mistake, and when it’s caught,” answered Rabbi Dayan. “I don’t want to confuse you now, though. The best thing is to avoid the problem in the first place, especially if it’s an artistic kesubah. Just make sure you fill out the kesubah carefully!”

“Will do; thank you for your time,” said Rabbi Federman. “I’m looking forward to seeing you at the simcha!”

Two weeks later, Rabbi Federman sat in the middle of the table at the chassan’s tish, surrounded by the chassan, rabbonim and family. He filled out the kesubah, based on the draft he had prepared. He then made a kinyan sudar with the chassan and called upon the two witnesses to read and sign the kesubah.

After the witnesses had signed the kesubah, Rabbi Federman checked it one final time before proceeding with the wedding ceremony.

Suddenly, his jaw dropped. He noticed a mistake in the date!

“Just what I was afraid of,” he thought to himself. “Rabbi Dayan warned me to make sure that the kesubah was filled out carefully!”

Rabbi Federman instructed the people near him to continue singing for a few minutes. He stepped aside with Rabbi Dayan and showed him the kesubah.

“I had prepared all the information, like you said, but miscopied the date,” apologized Rabbi Federman. “Can I cross or white it out and write the new date?” he asked.

“As you know, the kesubah is a legal document that sets forth the husband’s financial obligations to his wife, particularly in the event of death or divorce,” explained Rabbi Dayan. “As such, it cannot have emendations – erasures, additions or corrections – without validating them. Emendations that are not validated are disregarded, and can sometimes even disqualify the document.” (C.M. 44:5)

“How does one validate an emendation?” asked Rabbi Federman. “Do the witnesses or the groom initial it, like on a check?”

“What can be done, then,” asked Rabbi Federman, “especially now that the witnesses already signed the kesubah?”

“It is still possible to write the validation following the signatures,” replied Rabbi Dayan. “Conclude the validation with hakol sharir v’kayam again and have the same witnesses sign a second time. Ideally, the validation should be in the same writing as the rest of the document.” (C.M. 44:7,11; See Pischei Choshen, Ishus, p. 517)

“You mentioned that sometimes a mistake can disqualify the document if not corrected,” noted Rabbi Federman. “When is that?”

“If the mistake is with one of the essential parts of the document, such as the names of the groom or bride, it would disqualify the document if not validated,” answered Rabbi Dayan. “If the mistake was about the date, it would be considered a document without a date; some disqualify the document. [See Pischei Teshuvah 44:1] In these cases it is preferable to write a new kesubah. If this is difficult, though, or if the kesubah is an especially prepared artistic one, it is possible to rely on the validation and second signature.” (Hanisuim K’hilchasam 11:186-188) 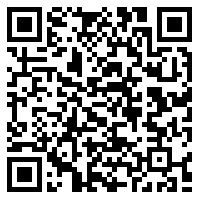