Using one’s creative powers seven days a week may lead one to believe in oneself as a Creator. This danger is averted in Judaism by the institution of Shabbat, during which one refrains from melachot. Melachot are defined by my father, Dayan Grunfeld, zt”l, in his book on the Sabbath, as acts that demonstrate one’s mastery of the world by means of the constructive exercise of one’s intelligence and skill. For just one day a week, we are asked to lay aside our skills and acknowledge the real Creator.

Essential, then, to the definition of melachah is the concept of a constructive act. Any act of pure destruction, however strenuous, is not a melachah. Thus, if one were to knock down a house simply to destroy it, one would not be performing a melachah in the Torah sense of the term (melachah de’oreita), though the act would be prohibited under rabbinical protective legislation (melachah de’rabbanan). If, however, one would perform the same act with the objective of building a new house in its place, one would have performed a melachah.


The classification of an act as a melachah de’rabbanan rather than de’oreita has many practical consequences. Generally, whenever there is a compelling reason, the Sages are more flexible in permitting a melachah de’rabbanan. Thus, for example, opening a can of food, a milk carton, or tearing open a tea bag when such containers are to be immediately discarded are not constructive acts and the rabbis permit it because they enhance the enjoyment of Shabbat.

If, however, when opening a can one intends to use it afterward as a container, the act becomes constructive and is thereby transformed into a melachah de’oreita which the rabbis have no leeway to permit. It is recommended that such containers be opened in such a way as to make it overtly clear that they cannot be used again. Some halachic authorities require one to open before Shabbat containers of food that will not spoil on Shabbat.

The definition of a constructive act includes not only physical but may also include spiritual ones as well. For example, tearing one’s clothes on Shabbat simply to destroy them would not be a melachah de’oreita. However, tearing them on Shabbat in a situation where the Torah would command one to do so were it a weekday, is a melachah de’oreita. Accordingly, when confronted with the tragic news of the death of a close relative on Shabbat, one may not tear one’s garment.

Because the opening of a letter on Shabbat involves the destructive act of tearing up and discarding the envelope, there is discussion among the Acharonim as to whether this is or is not permitted.

Why, it is argued, should this be different from the permitted act of opening a can of food on Shabbat? Indeed, the Pachad Yizchak permits the opening of a sealed envelope on Shabbat. The Chofetz Chaim, however, prohibits it other than in extenuating circumstances, in which cases he does permit a Jew to ask a non-Jew to do it for him on Shabbat. Reb Moshe Feinstein explains that whereas the opening of food cans is required for Shabbat itself, the opening of letters is not, and therefore remains prohibited as a melachah de’rabbanan. 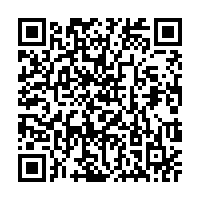