Mr. Fine was embroiled in a monetary dispute with Mr. Kahn and filed a suit in Rabbi Dayan’s beis din. Mr. Kahn consented to the summons, and the secretary was trying to schedule a mutually acceptable time for the adjudication.

The secretary suggested three possible dates to Mr. Fine, but none was convenient.


“What are the hours of the beis din?” asked Mr. Fine

“The regular hours of the beis din are Monday through Thursday, 9-5,” said the secretary. “What days are you available?”

“I know Mr. Kahn from business and there is simply no way we’ll be able to find a mutually convenient time during the day,” said Mr. Fine. “We both work with very tight schedules. Is there any way of arranging an appointment at night?”

“The beis din also convenes, when necessary, on Monday and Thursday nights, from eight to ten,” replied the secretary. “Would that work?”

The secretary called Mr. Kahn. “We would like to schedule a hearing for your din Torah against Mr. Fine on Thursday night at eight,” he said. “Are you available then?”

“I can make it then,” replied Mr. Kahn, “but I’m surprised that you schedule appointments to begin adjudication at night.”

“We provide that service since not everyone can attend the beis din during day hours,” replied the secretary. “It’s a logistical issue that we try to accommodate.”

“The issue is not just logistical,” replied Mr. Kahn. “I thought that halacha requires that the beginning of the adjudication and acceptance of testimony be during daytime.” (C.M. 5:2; 28:24)

“We do convene primarily in the daytime, but we also schedule adjudication at night when necessary,” said the secretary. “I’m not sure of the halachic basis, though. If you want, I can transfer you to Rabbi Dayan and you can ask him directly.”

“I would appreciate that,” said Mr. Kahn.

“One minute,” said the secretary. “Hold the line.” He transferred the line to Rabbi Dayan.

“The secretary offered to schedule an appointment for a din Torah at night,” Mr. Kahn said. “I want to understand why this is possible. We just learned in Daf Yomi [Yevamos 104a] that the beginning of adjudication and acceptance of testimony must be in the daytime.”

“There are three possible reasons to allow convening for adjudication at night,” answered Rabbi Dayan. “First, the Mishnah [Sanhedrin 24a] teaches that a person can agree to accept disqualified judges and witnesses as valid. Thus, although most authorities consider adjudication and testimony at night as invalid even b’dieved [post facto], the Rashba [Responsa 6:200; 7:467] and other poskim write that both parties can willingly accept litigation at night, just as they can willingly accept disqualified judges and witness.

“The Rama writes that on this basis it is possible to convene a session at night, if both parties are willing. Even if they don’t explicitly state that they accept the adjudication at night, the fact that they willingly come suffices as indication of their acceptance. Some batei din prefer to state explicitly in the summons that the litigants are accepting the litigation at night as valid.” (See Rama C.M. 28:24; SM”A 5:7; Pischei Teshuvah 5:6)

“What are the other reasons?” asked Mr. Kahn.

“What is the third reason?” asked Mr. Kahn.

“The SM”A (5:8) suggests that when lights are lit and it is possible to clearly identify the parties it should be considered like daytime,” replied Rabbi Dayan. “However, this suggestion is rejected by almost all other authorities [Shach 5:4]. Regardless, the first reason – willing acceptance – is sufficient basis to convene at night when both parties agree.” 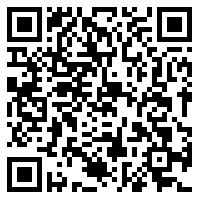