Tiferes Torah Synagogue needed a new Sefer Torah and embarked on a Sefer Torah campaign among its members.

“I’d like to donate the atzei chaim, the poles of the Sefer Torah, in memory of my father,” said Mr. Fine to the gabbai. “How much will that that cost?”


“The poles cost $1,000,” replied the gabbai. “We’ll notify you when the writing nears completion.”

The campaign ran successfully and almost all the necessary money was raised. Toward the end of the writing, a new member of the community approached the gabbai. “I’d like to make a $5,000 donation toward the Sefer Torah campaign,” he said.

“That’s very generous of you,” said the gabbai, “but we’ve pretty much covered the cost of the Sefer Torah.”

“Sure, we’re happy to accept your donation,” said the gabbai.

The time was approaching for the hachnasat Sefer Torah, and Mr. Fine still hadn’t heard from the gabbai about the money for the atzei chaim. He approached the gabbai and inquired about the matter. “Oh, I apologize,” said the gabbai. “Toward the end of the campaign someone made a large donation that covered all the remaining costs.”

“But I wanted to donate the atzei chaim,” said Mr. Fine. “They are supposed to be in memory of my father zt”l.”

“I already told the other donor that the atzei chaim would be included in his donation,” said the gabbai. “You have priority, though. I’ll have to work it out with him.”

“I’m not sure if there’s really a point now,” said Mr. Fine, “if the entire cost was already covered. Give me a day to consider.”

Meanwhile, another shul nearby, in which Mr. Fine davened occasionally, had also begun a Sefer Torah campaign.

“Maybe you should transfer your donation of the atzei chaim to the other shul,” suggested his wife. “It seems they really need the money more there.”

“I’m not sure if I can do that,” replied Mr. Fine. “I did pledge the atzei chaim to Tiferes Torah.”

“What’s the big deal?” asked his wife. “You made a pledge to donate atzei chaim. What difference does it make whether you give them to this shul or that?”

“Don’t you think that once I made the pledge I’m committed to Tiferes Torah?” asked Mr. Fine.

“I don’t know,” replied Mrs. Fine. “You can give Rabbi Dayan a call, though.”

Mr. Fine called Rabbi Dayan. “If I pledged to donate atzei chaim in Tiferes Torah and someone else already donated money to cover them, can I transfer the pledge to another shul?”

“There is significant discussion as to whether a person who donated toward a certain cause can redirect his donation to another cause,” answered Rabbi Dayan. “However, in this case, it is permissible to donate the atzei chaim to the other shul.”

“There is a dispute about whether to view a donation to a shul as a pledge to a specified charity, which is binding with a verbal commitment alone,” explained Rabbi Dayan. “Many consider it tantamount to a charity pledge, which cannot be transferred. They apply the rule of amiraso lagavoha kimsiraso lahedyot.” (Y.D. 259:1-2; C.M. 125:5)

“Others disagree to the analogy of charity,” continued Rabbi Dayan. “Since the shul is a communal enterprise, we do not view the shul as needy, since the community as a whole has money. There may be need for hataras nedarim, though, to relieve you of your personal commitment.” (See Tzedakah U’Mishpat 9:82; Minchas Yitzchak 4:29)

“If there is a dispute on the matter, why did you suggest that here it is permissible to transfer the donation?”

“There is a clear assumption (umdana) here that you pledged the atzei chaim only with the intention that they should be used with the Sefer Torah,” answered Rabbi Dayan. “Once the community accepted the larger donation of the other person for the atzei chaim, you had no intention of donating under such intentions. Furthermore, the community seemingly is willing to forgo the donation. Therefore, you can give the atzei chaim to another shul.” (Based on Shevet Halevi 5:145) 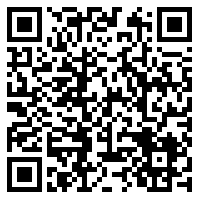