Answer: The ninth blessing in the weekday Amidah reads: “Restore our judges as in earlier times and our counselors as at first; remove from us sorrow and groan and reign over us, You, Hashem, alone.”


This blessing seems to imply that the restoration of our judges will mean the removal of sorrow and groan. Yet, sorrow and agony can exist even with good judges and counselors. What’s the connection between the two phrases?

Also, what do we mean by asking for the restoration of our judges “as in earlier times”?

Of interest is an unusual variant to this blessing found in an ancient siddur cited by Rav Baruch Epstein, the author of the famed Torah Temimah. Instead of the phrase “Remove from us sorrow and groan,” this ancient source contains the phrase, “Remove from us the kingdom of Greece and Rome.”

Rav Epstein suggests that this text may be the original one and was subsequently expunged from the siddur by government censors. “Remove from us sorrow and groan,” therefore, would be a later addition (See Baruch She’amar, Avot 5:8, p. 191).

If Rav Epstein is correct, Jews used to pray to be free and independent from the political control of Greece and Rome. And the request that we now make – for the restoration of our judges – in place of the old one is merely a vaguer request for the same end. We are praying for a time when we will rule and judge ourselves. In other words, we are praying for political independence. 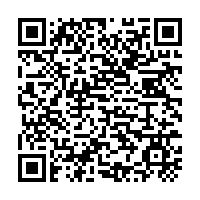