Asher got together with his cousin Yitzi and two other friends, Reuven and Shimon. While they were sitting and talking, a classmate, Yankel, approached them. “Do you have $50 I can borrow?” Yankel asked Asher.

“I do, but I don’t trust you,” said Asher. “Tomorrow you’ll claim you never borrowed! You’ve lied to me in the past.”


“What’s the problem?” said Yankel. “There are three other people sitting here. They can be witnesses that you lent me!”

“All right,” Asher consented. “The three of you are witnesses that I’m lending Yankel $50.”

A week later, Asher asked Yankel for the money. “Please return the $50 that I lent you,” he said.

“What are you talking about?” replied Yankel. “I never borrowed $50 from you!”

“Are you crazy?” said Asher. “Don’t you remember that I lent the money to you in front of Reuven, Shimon and Yitzi.”

“I’m going to have to sue you in beis din,” said Asher.

Asher had Yankel summoned to Rabbi Dayan’s beis din. He presented his claim; Yankel denied it.

“Do you have proof of the loan?” asked Rabbi Dayan.

“I have three witnesses,” said Asher.

Each witness, in turn, stood up and testified. Yitzi concluded: “My cousin knew that Yankel was liable to deny, but we were witness to the loan.”

“Asher is your cousin?” asked Yankel.

“If so, he is disqualified from testifying,” said Yankel. “A first cousin is considered a close relative. I didn’t borrow and I’m not paying.” (C.M. 33:2).

“Leave him out,” said Asher. “There are still two witnesses, Reuven and Shimon, who are not relatives. Isn’t that enough?”

“It is not sufficient evidence,” answered Rabbi Dayan. “The Mishnah [Makkos 5b] teaches that if one witness in a group is found to be a relative or otherwise disqualified from testifying, the entire testimony is void. It’s like: ‘One rotten apple spoils the bunch.’ ”

“Then how can anybody ever testify?” asked Asher. “In many instances relatives are present!”

“A relative disqualifies others only if he intended to serve as a witness with them,” replied Rabbi Dayan. “However, if he saw the event but had no intent to serve as a witness, he does not void the testimony of the other qualified witnesses. Furthermore, while the Rambam, Shulchan Aruch, and Shach (36:8) maintain that the relative voids through intent alone, Tosafos and the Rama maintain that he voids the other witnesses only if he actually came and testified.”

“Does this rule apply to anyone who is disqualified from testifying?” asked Yankel.

“It applies to relatives and witnesses who are considered wicked,” replied Rabbi Dayan. “However, it does not apply to women or children, who are not valid witnesses at all. Some poskim write that it also doesn’t apply to those who are disqualified only rabbinically. There is a dispute whether it applies to people that are disqualified because of a vested interest” [Pischei Choshen, Eidus 1:36; Maharsham 2:7, 2:226 (32)].

“Would it help if Reuven and Shimon would testify again, by themselves?” asked Asher.

“No, since their testimony has been voided already by your cousin Yitzi,” answered Rabbi Dayan [Sma 45:34].

“What about a wedding?” asked Asher. “What if an attending relative intended to be a witness?”

“We assume that relatives have no intent to be witnesses,” replied Rabbi Dayan. “However, for this reason the practice is that the officiating rav and chassan designate specific witnesses excluding others. Then the relatives who are present are no longer considered part of the group of witnesses, and cannot void their testimony” [Shach 36:16-17]. 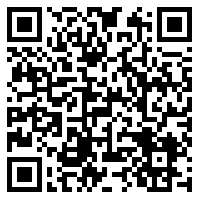