Mr. Brand was walking home one evening when he saw his neighbor, Mr. Moses, getting into the car with his family. “Where are you heading with the whole family?” he asked.

“We’ve got a cousin’s wedding this evening,” replied Mr. Moses, smiling. He strapped the three youngest children into their car seats while the rest of the family buckled themselves in.


Mr. Moses turned on the engine. Suddenly, there was a muffled explosion under the hood and smoke began to curl up, followed by flames.

Mr. Moses thanked Mr. Brand for rescuing his family. When Mr. Glick returned from work later that night, Mr. Brand related to him what happened. “I’m glad you rescued Mr. Moses,” he said, “but you broke my car window in doing so. Who’s paying for it?”

“I was doing it for pikuach nefesh, a life-saving purpose,” argued Mr. Brand. “Doesn’t that supersede all mitzvos?”

“It certainly does,” said Mr. Glick, “but you still damaged and should pay!”

“Actually, I think Mr. Moses should pay,” said Mr. Brand. “I broke your window to save him!”

Mr. Glick called asked Mr. Moses to pay, but Mr. Moses played dumb. “I didn’t do anything at all to your car,” he said. “How can I be liable for it?”

“I didn’t cause anything,” replied Mr. Moses. “I’m even more of a victim. My car engine is gone.”

Mr. Glick returned to Mr. Brand. “Mr. Moses refuses to pay,” he said. “So, I’m back to you. Regardless of your good intentions, you damaged – you’re liable!”

“This is unfair,” argued Mr. Brand. “I try to save someone’s life, and then get a bill afterward?”

“No doubt you’ll get your reward in the world to come,” said Mr. Glick, “but right now you have to pay for the damage you did.”

“We’ve got to talk this over with Rabbi Dayan,” said Mr. Brand. “Let’s send him the question.”

Mr. Brand related the entire case to Rabbi Dayan. “Who has to pay?” he asked.

“Nobody is liable,” ruled Rabbi Dayan, “but it would seem common decency and gratitude that Mr. Moses compensate Mr. Glick.”

“Why is Mr. Brand not liable?” asked Mr. Glick.

“The Gemara [B.K. 60b; 117a] discusses whether a person can save himself through monetary damage to others,” said Rabbi Dayan. “Tosfos explains that although pikuach nefesh is involved, the question is whether he has to intend to repay. The conclusion is that he is liable to pay afterward.”

“This is true for a person who rescues himself,” answered Rabbi Dayan. “However, if someone rescues a third party and damages in the course of rescuing, Chazal instituted that he be exempt, not to discourage people from rescuing. This is similar to the ‘Good Samaritan Law’ that we are familiar with.” (C.M. 380:3; 388:2)

“What if there is no pikuach nefesh?” asked Mr. Glick. “Is a person allowed to damage another’s property in order to protect his own property?”

“To save himself monetary loss through causing damage to another is not allowed,” said Rabbi Dayan. “This is not allowed even if intending to pay afterward.” (See Pischei Choshen, Nezikin 12:22[53])

“And what if my loss is greater?” asked Mr. Glick. “Am I allowed to cause a small loss to another and pay for it to save me a greater loss? For example, if no one had been in the car and it was not a populated area.” 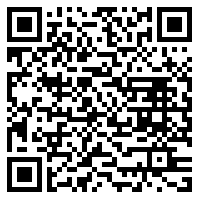