Question: A number of synagogues feature bar mitzvah celebrations for elderly Jews. Is this proper?

Answer: The basis for having a party on one’s bar mitzvah is a statement in the Gemara to the effect that if blind people were obligated to observe commandments just like regular people, they would make a special party. In other words the obligation to perform mitzvot is deemed a joy that merits a party (see Kiddushin 31a; also Yam Shel Shlomo).


Thus, it makes sense that 13-year-olds have a party when they become obligated to perform mitzvot for the first time. What if, however, one never had the chance to make such a party? For example, numerous survivors of the Holocaust never had the opportunity to have a bar mitzvah when they turned 13. These survivors feel they missed out and want to publicly demonstrate their joy at being able to observe Judaism without restraints.

There is no obligation or tradition of celebrating a bar mitzvah years after one turns 13. Nonetheless, perhaps we can find some precedent in the Gemara (Moed Katan 28a) which records that several rabbis made parties when they reached the ages of 60, 70, and 80.

At 60, for example, they celebrated the fact that they lived past the age of kareit (dying or having children die during one’s lifetime). This punishment is not meted out to anyone over 60, so reaching this age is reason to celebrate and thank G-d. The ages of 70 and 80 are also cut-off dates for various punishments.

Accordingly, upon reaching these ages in contemporary times, one might seek to celebrate by being called to the Torah and making a party. And perhaps this Gemara also offers some kind of precedent for thanking Hashem with a festive meal, even way past the age of 13. 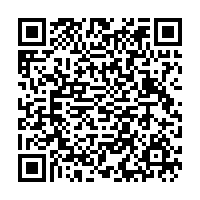