Question: Is it permitted to sit during Keriat HaTorah or must one stand?

Answer: The Shulchan Aruch (Orach Chayim 146:4) rules that it is not obligatory to stand during Keriat HaTorah, while the Rema notes the position that one should be stringent and stand. The Mishnah Berurah (146:19) cites numerous poskim who rule leniently like the Shulchan Aruch.


The Brisker Rav used to stand during Keriat HaTorah. Since Keriat HaTorah requires a minyan, it is a form of kedushah, and one must always stand for matters that require a minyan.

However, HaRav Moshe Shternbuch (Teshuvot V’hanhagot, vol. 4, Orach Chayim 43) notes that Keriat HaTorah is qualitatively different than other items that require a minyan. Unlike many other mitzvot, Keriat HaTorah is a communal obligation, not an individual one. As long as 10 Jews hear Keriat HaTorah, that mitzvah is fulfilled – even if an individual Jew in the synagogue failed to listen. Such a Jew need not have the portions he missed read over for him.

(Note that the famous ancient synagogue in Alexandria, Egypt was so large that a flag was waved to inform worshipers when to respond “Baruch Hashem Hamevorach….” Now, if congregants could not hear a berachah, they surely also could not hear Keriat HaTorah. And yet, this apparently wasn’t a problem since only 10 Jews needed to hear Keriat HaTorah.)

Since Keriat HaTorah is not a personal obligation upon each and every Jew, one may sit, writes Rav Shternbuch.

However, this logic may not apply to all Torah readings. For example, the obligation to remember Amalek and read Parshat Zachor from the Torah may rest upon the individual, not the congregation. If so, one would be required to stand. 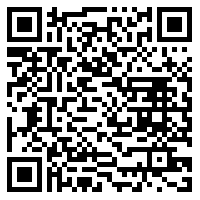