“Excuse me, this is my seat you are sitting on.”

How many times have we been asked to move while deep in prayer in the synagogue? Of course, the simplest thing to do is to get up and look for another seat. But if you want to make an issue of it, this is what you could say:


“Show me a receipt that you paid for this seat.” Or “Bring me a witness who can testify that this seat belongs to you.” Or “What are you talking about? I purchased this seat myself and although I have lost my receipt, I have been sitting here regularly, whenever I come to synagogue, for three years now.”

Shimon: “Excuse me, this is my house you are living in. Here’s the document of title. It says it belongs to me.”

Reuven: “It may have been your house once, but you sold it to me.”

Shimon: “Oh yeah? So where’s your deed of title that proves I sold it to you?”

Reuven: “No way. I’ve been living here for three years day after day. Where were you? You know very well that you sold it to me. That is why you allowed me to be here year after year without saying a word. You are just taking advantage of me because I lost my document of title. Now go away and leave me alone.”

And it winds up in court. In this situation, the Jewish court of law will rule in favor of Reuven. This is because Reuven has earned a chazakah, a right to the house or the land by virtue of his uninterrupted and unchallenged possession of it over a consecutive period of three years.

During these three years he has used the house in public as if it were his own. He has locked the front door, taken his meals at the table, watered the lawn, and done all the things homeowners usually do with their property. If it’s a field, he has sown it with seed, irrigated it or allowed his cattle to graze on it.

The court will ask Shimon: “Why did you stand silently by for three years? Why did you not challenge Reuven or at least lodge an objection in the presence of two witnesses?” Shimon has only one possible answer to this: “I could not, because I was away at war for three years and there was no way of communicating my objection.” Barring such extreme circumstances, Shimon loses the case.

This is not to say that Jewish law legitimizes squatters. Reuven cannot merely say, “I am here because nobody else was.” He must plead a ta’anah, a claim that he purchased the real estate from Shimon, received it from him as a gift, foreclosed on the real estate because Shimon defaulted on debt, or some other legitimate claim. Kol chazakah she’ein ima ta’anah, einah chazakah, is the Talmud’s way of saying no squatters allowed.

There are exceptions to the right of chazakah. These exceptions occur when it is not possible to infer that the lack of objection or challenge to the uninterrupted three-year possession can only mean admission. Such is the case between husband and wife, father and dependent son, two partners to an indivisible piece of real estate, or a sharecropper on the landowner’s field.

In these situations, it is understandable that the owner would allow three years to go by without objecting. After all, it’s my child, it’s my spouse. Of course I would let them use it for as long as they need it. But that has nothing whatsoever to do with ownership. Or it’s a sharecropper and the specific arrangement between us allowed for the sharecropper to be on my land for three years. But that too has nothing to do with ownership.

Other cases in which the right of chazakah does not infer ownership are situations in which raising an objection or challenge to the uninterrupted use of the occupier could cost one one’s life or physical safety. Victims of war who left their homes for fear of their lives and who have some evidence to prove they once owned the property are not barred from their homes after three years. And the right of chazakah only applies when the person relying on it is Jewish. (Shulchan Aruch, Choshen Mishpat 149:14)

This Is My Place; I Bought It From Him

The Foundation Stone: A Sense Of Place 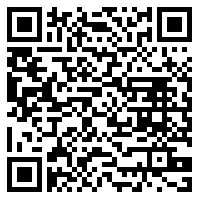