The Hamas terrorist organization has announced in an official statement published Thursday its grief over the death of two operatives killed in an attack by Israel late Wednesday night.

The terrorists were killed “in a bombing” at the southern Gaza town of Rafah, which straddles the border with Egypt.


Two Gaza tunnel diggers were killed and five more were injured overnight Wednesday into Thursday, but it’s not clear who attacked the Hamas tunnel beneath the southern Gaza border with Egypt in the town of Rafah.

Hamas condemned the “crime against workers who were only laboring to provide for their children,” Rotter.net reported. The terror group called for the removal of the blockade on Gaza, but did not mention Israel by name, according to the report.

Israeli forces were alleged to have attacked the area two hours after four missiles were fired at the southern Israeli resort city of Eilat.

Three of the four missiles were shot down from the skies by the Iron Dome anti-missile defense system. The fourth exploded in an open area.

The Sinai Province branch of the Islamic State (ISIS / Da’esh) terrorist organization has taken responsibility for the attack on Eilat.

According to Ynet, many of the Gaza-Egyptian military tunnels are now controlled by ISIS in the Sinai. A source quoted by the news outlet said Thursday the tunnel that was hit was located east of the Rafah crossing and that ISIS is operating in precisely this area, where their weapons depot is located. Also indicating that the explosion may have been the result of an Egyptian attack is the fact ISIS now controls military tunnels in Gaza, according to the source.

Egypt has recently been doubling down on Gaza’s rulers, pressuring Hamas to tighten its security grip on the Gaza border with the Sinai Peninsula.

Any admission that Hamas members men are working in smuggling tunnels leading beyond the border to Egypt, wound constitute a difficult problem for the group. 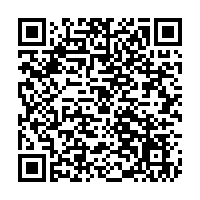