The outcome is different if the defendant admits that he received the money but immediately explains that it was repayment for a loan owed to him. He further explains to the court that the only way to extract repayment from the plaintiff was by tricking him into believing that he was accepting the money from him as a loan. If he had known that witnesses were present who might subsequently contradict him, he would not have acted in this manner, he says – but he didn’t know. The court accepts this response and enters judgment in favor of the defendant provided he takes a shevuat heseit oath of denial.

Why? Because a person is entitled to admit a claim outside court today and deny it in court tomorrow. He can claim that his admission outside court was offered in jest – that the plaintiff’s claim was so unfounded and frivolous that it prompted him to respond with an equally frivolous and unfounded admission.

An admission outside court is only admissible if it was made in the presence of witnesses specifically appointed by the defendant himself to hear the admission. Otherwise, the defendant can claim he was not serious when he made it. 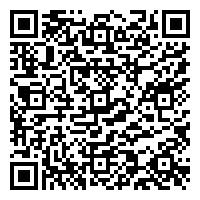