Judgment in this case will be entered for the defendant provided he takes the shevuat heseit oath of denial in support of his statement that he repaid the loan. If, however, the defendant responds in court that he never borrowed money from the plaintiff and witnesses testify that he had previously admitted his debt to the plaintiff in their presence, the court considers him a liar because he already admitted the debt in their presence and a person’s admission is equivalent to the testimony of 100 witnesses.


If, instead of responding that he never borrowed money from the plaintiff, the defendant simply says, “I have nothing of yours in my possession” or “I don’t owe you anything” or “You are lying” (Rema) or “I don’t know what you are talking about,” he does not assume the status of a liar since he is entitled to explain that by saying these things, he meant, “I have already repaid you.”

Ner Eyal: A litigant is allowed to explain what he said in court provided his explanation clarifies his initial statement rather than contradict it. The question discussed by the Mechaber in this se’if is whether a person who told the court, “I don’t owe the plaintiff anything” is contradicting himself if he later says, “I don’t owe you anything because I repaid you yesterday.”

Other halachic authorities disagree with the Rosh. According to them, the defendant’s statement of “I have nothing of yours in my possession,” or “I don’t owe you anything,” or “you are lying,” or “I don’t know what you are talking about,” means he never borrowed any money from the plaintiff, which contradicts his initial statement.

The Mechaber, consistent with his position in the Beit Yosef, rules in accordance with the Rosh. 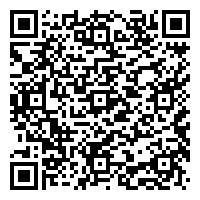