As Yisrael opened his garage on Friday morning, Eli was already waiting there. “I’m driving to Baltimore for Shabbos,” Eli said, “but funny things have been happening with the car recently. Can you check the battery and brakes?”

“I’ll check it first thing,” Yisrael told him. “Come back in two hours.”


Yisrael examined the car. The battery and brakes were fine, but there was a problem with the alternator. He tried calling Eli to ask whether to replace the alternator, but Eli was unavailable.

“The alternator needs to be replaced,” Yisrael reasoned. “It’s dangerous to drive to Baltimore like this, but if I wait till Eli returns it will already be too late to order the part and install it.”

Yisrael ordered the part and began working. As he was finishing the job, Eli returned. “I’m just about finished,” Yisrael told Eli. “The battery and brakes were fine, but I had to replace the alternator. I tried reaching you, but you were not available.”

Eli looked uncomfortable. “Thank you for fixing the alternator,” he said, “but I didn’t want that work done!”

“But you needed it replaced,” said Yisrael. “It wasn’t safe to drive to Baltimore like this.”

“I only asked you to check the battery and brakes,” Eli insisted. “I didn’t ask for any other work and do not want to pay. If you want, you can put the old alternator back in.”

Yisrael rolled his eyes. “At this point, I don’t have anything to do with the new alternator,” he said. “It’s not worth my time taking it out. But it’s not fair of you not to pay; the part was faulty and had to be replaced.”

“How you can do work without authorization and expect to be paid?” said Eli. “You know to call before working.”

“I always do, and did try reaching you,” Yisrael replied. “You were in such a rush this morning, though, that I thought you would want me to fix whatever was needed for you to get to Baltimore.”

“I don’t have time now,” said Eli, “but I’m willing to discuss this with Rabbi Dayan after Shabbos.”

“Agreed!” said Yisrael. “We can see him Sunday evening.”

Yisrael and Eli met with Rabbi Dayan. “I replaced a faulty alternator in Eli’s car before I had a chance to contact him,” Yisrael said. “He refuses to pay for the repair.”

“Why should I pay for work that I didn’t authorize?!” responded Eli.

“This case relates to an intricate topic called ‘yored l’sedei chaveiro shelo bir’shus,’ one who plants trees in another person’s field without authorization,” said Rabbi Dayan. “The Gemara [B.M. 101a] teaches that the owner has to pay if the work was beneficial. If the field was intended for trees, the owner has to pay the going rate for such work; if the field was not intended for trees, the owner pays a lesser amount.” (C.M. 375:1; SM”A 375:2)

“What if the owner of the field says he did not want the trees planted?” asked Eli.

“The gaonim rule that owner can say he does not want the trees,” replied Rabbi Dayan. “He can tell the planter to remove them and does not have to pay. There is a dispute, however, as to whether this applies also to a field intended for trees. The Shulchan Aruch indicates that he can say so even if the field was intended for trees, whereas the opinion of the Rama is unclear.” (C.M. 375:2,7; SM”A 375:4,14; and GR”A 375:2,17)

Rabbi Dayan continued: “The Chazon Ish [B.B. 2:3] explains that, in principle, everyone agrees the owner does not have to pay if he truly does not want the trees. The dispute exists when the owner does not seem to have a valid reason: Is he simply looking for an excuse to evade fair payment for the benefit he received? The Aruch Hashulchan (375:11) suggests a similar rationale to explain the opinion of the Rama; it depends on whether he has a valid reason for not wanting the work.”

“But if it was dangerous to drive with the faulty alternator and it needed to be replaced,” asked Yisrael, “shouldn’t Eli have to pay for it?”

“The Rama rules that if someone repaired an abandoned house the owner must pay him for essential repairs,” said Rabbi Dayan. “However, he can refuse to pay for repairs that were not essential and that he doesn’t want.” (375:7)

Rabbi Dayan concluded: “Therefore, if the repair was essential for the car, Eli has to pay the going rate even if he did not ask for it to be done. If the repair was not essential, but appropriate, it would be comparable to a field intended for trees that he can refuse to pay if he offers a valid reason.” 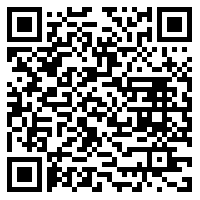